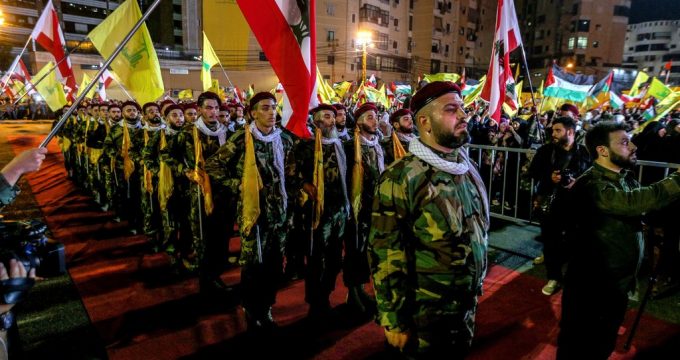 Translator accused of revealing US secrets amid tensions with Iran

The New York Times | Adam Goldman and Julian E. Barnes: Prosecutors said a contractor shared the names of informants — among the government’s most closely held secrets — to a Lebanese man with ties to an Iran-backed group.

A Minnesota woman who worked as a translator for the military in Iraq was charged on Wednesday with providing highly classified information to an Iran-backed militia group. Prosecutors said she intensified her espionage as tensions between the United States and Iran increased in recent months.

Prosecutors said the contractor, Mariam Taha Thompson, 61, revealed to a Lebanese man with ties to Hezbollah the names of foreign informants and details of the information they provided to the United States. The identities of such informants are among the government’s most closely held secrets, and law enforcement officials said Ms. Thompson endangered the lives of the sources as well as those of military personnel.

The officials suggested that the potential loss of classified information was grave and that the prosecution was one of the most serious recent counterintelligence cases they had seen. Several top national security prosecutors as well as the U.S. attorney for the District of Columbia, Timothy Shea, appeared in court on Wednesday as Ms. Thompson made an initial appearance before a judge, demonstrating the importance of the case.

“If true, this conduct is a disgrace, especially for someone serving as a contractor with the United States military,” John C. Demers, the assistant attorney general for national security, said in a statement. “This betrayal of country and colleagues will be punished.”

The recruitment of a military contractor with access to such important secrets shows the strength of the intelligence operations of Iran and its proxy forces. American officials have long warned that Tehran’s intelligence work should not be underestimated.

In interviews with the F.B.I., Ms. Thompson admitted to investigators that she illegally shared classified information with the Lebanese official, according to court papers. Ms. Thompson appeared in court dressed in a red cardigan, her gray-streaked hair in a bun, but was not shackled. The judge ordered her held until a detention hearing on March 11.

She faces three charges of violating espionage laws. Under the statute, she could face up to life in prison and possibly the death penalty if the information she revealed led to the death of any of the informants.

Ms. Thompson was living in Erbil, Iraq, working on contract as a linguist. As tensions between the United States and Iran increased in the final days of December, investigators discovered, Ms. Thompson’s activity on classified systems did as well. For the next six weeks, she accessed secret government files that contained the true names and photographs of American intelligence sources and government cables that outlined the information they provided to their handlers.

Ms. Thompson’s purported espionage was discovered Dec. 30, days after American airstrikes on Hezbollah’s Iraqi arm and shortly before the killing of Maj. Gen. Qassim Suleimani of Iran in a Jan. 3 drone attack that was a serious escalation of President Trump’s growing confrontation with Iran.

The suspected leaks of classified information came at a critical time when Iranian proxy forces, like Hezbollah in Lebanon, were looking for ways to retaliate for the killing of General Suleimani, the architect of nearly every significant operation by Iranian intelligence and military forces over the past two decades.

Investigators searched Ms. Thompson’s living quarters on Feb. 19 and discovered a handwritten note under her mattress listing the names of informants. The note, written in Arabic, also included a warning to a military target affiliated with Hezbollah whom prosecutors did not name and a request for the informants’ phones to be monitored.

Ms. Thompson told investigators that she provided classified information by memorizing it, writing it down, then showing the note to the Lebanese man when they spoke by video chat on her mobile phone.

The man took a screenshot of their video chat that showed her displaying a handwritten note with the name of two informants, court papers showed. Investigators also found pictures of the Lebanese Hezbollah leader, Hassan Nasrallah, on the man’s phone.

The disclosures by Ms. Thompson did not affect the timing of the drone strike on General Suleimani, suggesting that he was not the target that she provided information about to the man. According to government documents, Ms. Thompson had “a romantic interest” in the Lebanese man with whom she shared the classified secrets.

The American military has taken steps to protect the informants whose identities Ms. Thompson revealed, according to a government official. It was unclear why their identifying information was accessible to her, raising questions about whether the military took adequate steps to protect the sources who risked their lives to work for the United States.

Former law enforcement and intelligence officials expressed surprise at the ease with which Ms. Thompson managed to gather details about informants, noting that the F.B.I. and C.I.A. make such information about their own sources extremely difficult to access.

Prosecutors did not disclose the relative importance of the informants, but even low-level sources are critical to the United States in understanding the activities and plans of Iranian proxy groups. If Ms. Thompson’s disclosures compromised that network, it could complicate the military’s ability to protect its forces and stop attacks.

The Pentagon pledged to cooperate with the Justice Department during its investigation, said a spokeswoman, Alyssa Farah. She said military officials were “taking all necessary precautions, including the protection of U.S. forces.”

The charges against Ms. Thompson were the latest in a string of espionage cases as the government doubled down on its counterintelligence focus, seeking to stop the flow of American secrets overseas.

A little over a year ago, the government charged a former Air Force counterintelligence agent, Monica Elfriede Witt, with sharing secrets with the government of Iran, including the names of agents run by military intelligence whose covers were blown and the identities of her former co-workers.

Ms. Witt defected to Iran and remains beyond the reach of law enforcement officials.

But the government has brought to trial a number of other former intelligence officers, some of whom were charged with spying for China.

In November, Jerry Chun Shing Lee, a former C.I.A. officer, was sentenced to 19 years in prison for conspiring to deliver classified information to China. His disclosures occurred around the time that the C.I.A.’s informant network in China was collapsing, though prosecutors did not accuse him of involvement in the destruction of the spy network.

In May, another former C.I.A. officer, Kevin Patrick Mallory, was sentenced to 20 years after he was charged with spying for China. Mr. Mallory was accused of providing Beijing the names of sources who had helped the American government.

A third China case involved a contractor for the Defense Intelligence Agency, Ron Rockwell Hansen, who was sentenced in September to 10 years in prison.