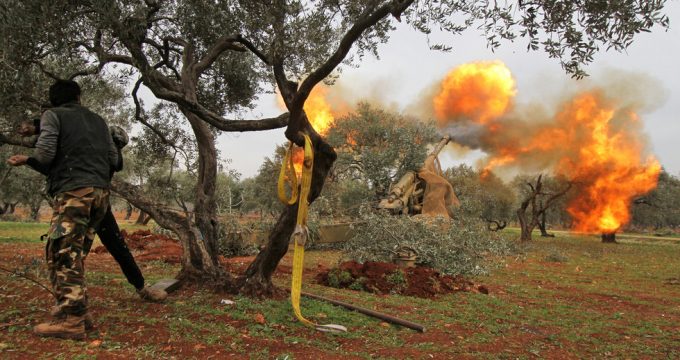 RT – The Syrian Army has allegedly lost over 2,500 troops as well as dozens of tanks and armored vehicles in numerous Turkish strikes, but this is “just the beginning,” as Turkey hasn’t yet shown its “true strength,” Erdogan warned.

“We are just beginning to show our true strength to those who see our sensitivity as [the unwillingness] to shed blood, to hurt or [make someone] suffer, or as weakness and timidity,” the Turkish president told members of his AK Party on Monday. “The human and equipment losses of the [Syrian] regime are just the beginning,” Erdogan said.

While threatening Damascus with further attacks, Erdogan made an appeal to Moscow and Tehran, which have been supporting President Bashar Assad in his fight against terrorism. “I call once again to Russia and Iran,” the Turkish leader said. “We have no problem with you. We are struggling to solve the humanitarian crisis caused by millions of people heading to our country from Syria, and to ensure the security of our lands.”

Syria has recently closed its airspace over the northwest of the country, including Idlib province, declaring any intruding aircraft an enemy target. Russia’s Reconciliation Center for Syria warned that its air defenses can no longer guarantee the safety of any Turkish aircraft under the circumstances.