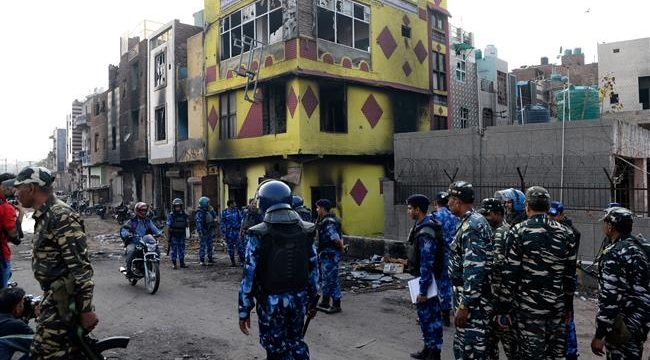 Press TV – India has summoned the Iranian ambassador to New Delhi to protest a tweet by Iran’s Foreign Minister Mohammad Javad Zarif in condemnation of the recent wave of deadly violence against Muslims in India.

Indian media cited unnamed official sources as saying that Ambassador Ali Chegini had been summoned on Tuesday morning after Zarif denounced “the wave of organized violence against Indian Muslims” and called for dialog as the best solution to the problem plaguing the South Asian country.

In his tweet late on Monday, Zarif urged “Indian authorities to ensure the well-being of ALL Indians & not let senseless thuggery prevail,” adding that the “path forward lies in peaceful dialogue and rule of law.”

The Indian sources said “a strong protest was lodged over the comments made by Javad Zarif on a matter internal to India.”

The Indian Foreign Ministry issued a démarche to the Iranian ambassador, claiming that the remarks by Zarif were “totally uncalled for and unacceptable,”according to a person familiar with the development.

Critics insist the law is discriminatory, coming in the wake of other severe government measures against the country’s Muslim population such as withdrawal of autonomy for Muslim-majority Jammu and Kashmir province that has intensified discord across India about the future of its 200 million Muslims.

Over 40 people were killed by Hindu mobs this week, with hundreds more reported injured amid news accounts of largely useless police intervention to end the violence and meager international criticism of New Delhi’s failure to protect its minority Muslim population.

According to the UK-based Independent newspaper, Hindu nationalist mobs roamed the streets of New Delhi on February 23, “burning and looting mosques together with Muslim homes, shops and businesses.”