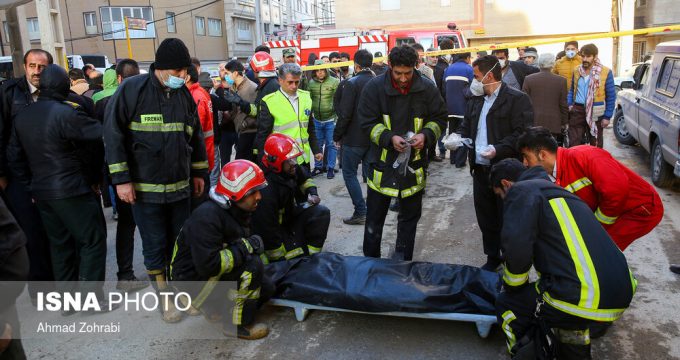 Fire kills 5 in residential building in Iranian city of Qom

AP – A fire erupted in a residential building in the Iranian city of Qom before dawn on Friday, killing at least five people, including a 2-year-old, and injuring 38, Iran’s state TV reported.

The report did not say what caused the blaze at the 228-apartment building in the holy city of Qom. It said two men and two women died of smoke inhalation in a hallway of the building as they tried to escape the flames and the child died at the hospital.

Firefighters evacuated 160 people who were trapped in their apartments when the fire broke out around 3 a.m. The TV said nearly all cars in the building’s garage were destroyed in the fire.

Qom, where the faithful are drawn to a famous Shiite shrine, has been at the center of coronavirus cases in Iran, with 63 confirmed sickened there by the new virus that first emerged in China in December.

Iran is the Middle East’s hardest-hit nation by the new virus, with the death toll reaching 34 on Friday, the largest behind only China, and the number of positive cases said to be 388. The Mideast’s total is over 500 cases.