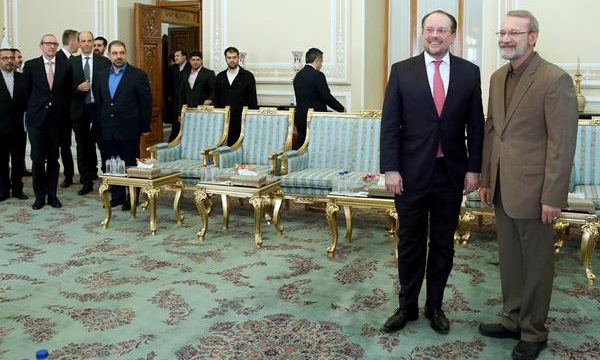 MNA – Iranian Parliament Speaker Ali Larijani said that the European Union is only paying lip service to its commitments under the Joint Comprehensive Plan of Action (JCPOA).

He made the remarks late on Sun. in a meeting with visiting Minister of Foreign Affairs of Austria Alexander Schallenberg and stated, “unfortunately, it has been a year since the European Union has refused to take any practical steps under the JCPOA.”

He also pointed to the bravery of Martyr Gen. Soleimani and added, “if it had not been for Gen. Soleimani’s efforts, ISIL terrorists would have gained control across the region.”

Elsewhere in his remarks, Larijani pointed to EU’s trade mechanism with Iran dubbed “INSTEX” and said, “this financial channel has not thus far produced positive results.”

For his part, Minister of Foreign Affairs of Austria Alexander Schallenberg expressed his satisfaction with this visit to Iran and said, “all efforts should be made for maintaining and salvaging JCPOA and further measures should be taken in this field.”

Given the deep and profound ties between Austria and Iran, efforts should be made for confidence-building at the regional level, he emphasized.

He stressed the need for bilateral cooperation in the fields of economy, culture, environment, water, wastewater and disaster management.