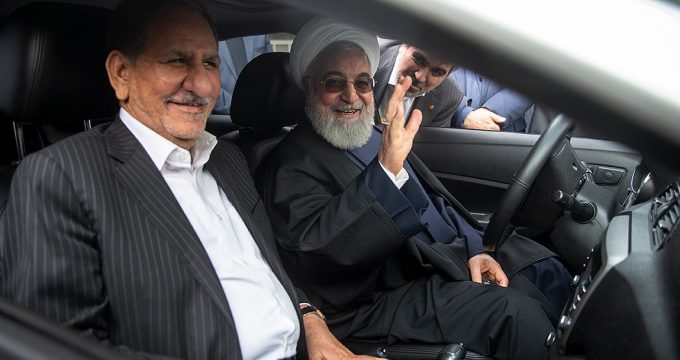 MNA – Iranian President Hassan Rouhani unveiled four new and optimized domestic cars that are ready to be put on the market on Wednesday.

During the ceremony that was held on Wednesday after the session of the cabinet, Iranian President Hassan Rouhani was also briefed by the Minister of Industry, Mines and Trade about the specifications.

Dena+ Turbo Automatic, a crossover, Iranian mega platform, and K132 were the automobiles that were unveiled. Over 90 percent of the parts are manufactured domestically.