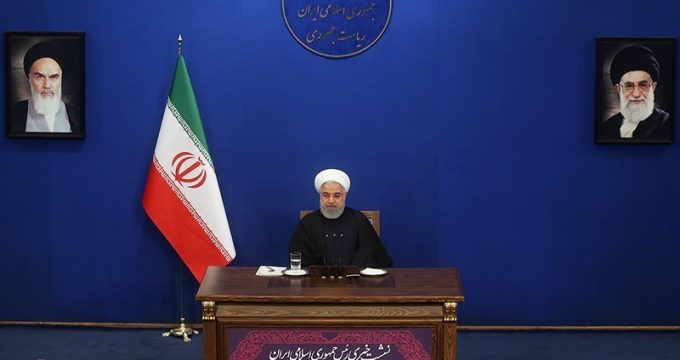 All indices show that US’ maximum pressure era has passed: President Rouhani

President.ir – President Hassan Rouhani appeared in a press conference with domestic and international media outlets and spoke about the most important domestic issues, as well as the positions of the Islamic Republic of Iran regarding regional and international issues.

At the beginning of the press conference, President appreciated people’s massive attendance in 22 Bahman demonstrations and stated that the Iranian people have displayed exceptional resistance since 2018, adding, “All indices show that the era of the United States’ maximum pressure has passed and sanctions will not have any fruits for the enemies and their calculations about Iran are wrong”.