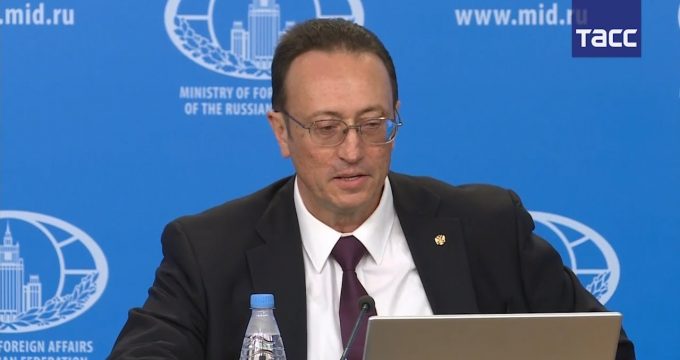 MNA – The United Nations Security Council is not currently discussing the possibility to extend the arms embargo imposed on Iran, which is due to expire in October, Russian Foreign Ministry’s Department for Nonproliferation and Arms Control Director Vladimir Ermakov said.

“I can assure you that there is no official discussion on reviewing the UN Security Council’s Resolution 2231 either at the Security Council or at any other platform,” Ermakov said in an interview with Sputnik, when asked whether there were any talks on possibly extending the embargo.

“The above-mentioned resolution, which, I would like to note, envisions an authorization-based procedure for delivering weapons and military equipment to Iran and from Iran does not actually provide a mechanism or even an option to extend it,” Ermakov added.

The official noted that all the provisions of the resolution were initially not aimed at “limiting Iran’s legal rights.”

“It was aimed at creating good conditions for throwing some light upon the questions that the International Atomic Energy Agency [IAEA] than wanted to ask Tehran. All the questions were completely closed and removed from the agenda as early as in December 2015, which is reflected in IAEA’s documents and the decisions of its board of Governors,” Ermakov added.

Russia has always observed all the demands outlined in the UN Security Council’s Resolution 2231, Ermakov stressed.