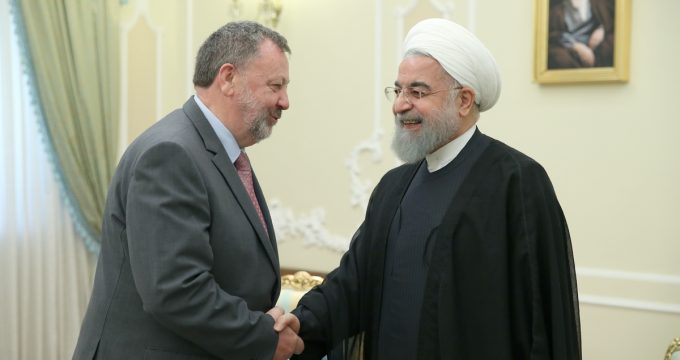 IRNA — Chairman of the Senate of Ireland Denis O’Donovan described Dublin as a friend of Tehran and stressed the need for promoting bilateral ties between the two countries.

Referring to his visit to Tehran in 2018 as an extraordinary trip, he said that Iran boasts of a rich culture, civilization and literature and most of its cultural and historic sites have been registered as world heritage on UNESCO list.

Supporting multilateralism as a key issue in Ireland’s foreign policy, he said, “We are a friend of Iran and bilateral relations are longstanding.”

Iran’s Ambassador to Ireland Masoud Eslami, for his part, pointed to Iran’s powerful status in the region and world, and said that US unilateralism has turned into a phenomenon in the world and the international community should counter it as it is doing with terrorism.

The US government has endangered many international norms with its abusive behavior, and if all members of the international community do not cooperate and stand up to the challenge of American unilateralism, they will have to pay a great deal in the future, he said.

US policy of maximum pressure has no legal and principle basis and affects 82 million population of Iran, he said.