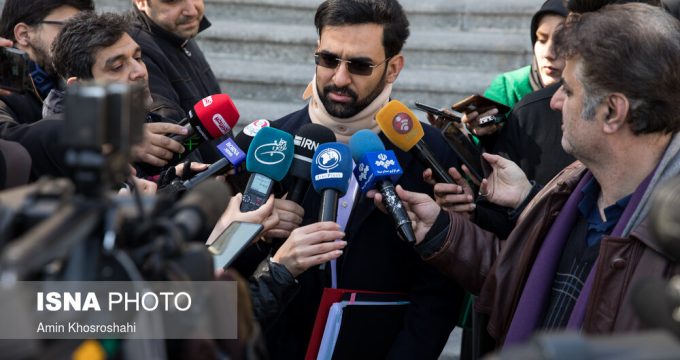 AP — Iran’s information minister apologized Wednesday for posting a photo on Twitter of what appeared to be a Halloween-type costume representing a spacesuit, in an effort to promote the idea of a manned space program for his country.

The official IRNA news agency quoted Mohammad Javad Azari Jahromi, Iran’s information and communications technology minister, as saying his department’s advertising team “undeniably made a mistake in choosing the image” and expressed his apologies to “the people and space scientists” of Iran.

The photo, posted on Jahromi’s Twitter account and depicting what looks like costume of a spacesuit with an Iranian flag sowed on the front, caused a stir on social media, with many Iranians turning to sarcasm and commenting about the fake spacesuit. After his apology, Jahromi removed the photo from his account.

The timing of the minister’s faux pas was also unfortunate. An Iranian rocket failed to put a satellite into orbit on Sunday, the latest setback for a program the U.S. claims helps Tehran advance its ballistic missile program.

The attempted launch followed two failed launches last year, of the Payam and Doosti satellites, as well as a launchpad rocket explosion in August. Also, a fire at the Imam Khomeini Space Center in February 2019 killed three researchers, authorities said at the time.

Jahromi acknowledged the unsuccessful launch in a tweet shortly after the news broke on state TV, comparing it to a “few samples of US launch failures” and insisting that Iran’s space program was unstoppable.

The failed launch had been planned amid celebrations ahead of this week’s anniversary of Iran’s 1979 Islamic Revolution. Iran routinely unveils technological achievements for its armed forces, its space program and its nuclear efforts during this time.

It also came against the backdrop of heightened tensions between Iran and the U.S. since President Donald Trump unilaterally withdrew America from Tehran’s 2015 nuclear deal with world powers in May 2018.