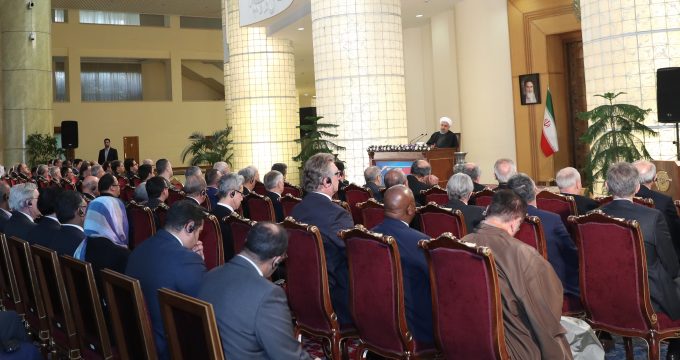 Photos: President meets ambassadors and heads of missions of foreign countries to Tehran

ISNA | Amin Khosroshahi: President described the sanctions imposed by the United States on Iran a 100-percent inhumane move against an entire nation, saying, “Despite America’s all-out pressures in the past 20 months, all economic indices since the past 8 months show that Iran’s conditions are completely stable and we have successful overcome these sanctions and that America has made a mistake”. Speaking on Monday in a meeting with ambassadors and heads of missions of foreign countries to Tehran, President Hassan Rouhani said, “Those who are familiar with Iran’s civilisation and culture know that the great Iranian nation will not yield to bullying and unjust pressures”.