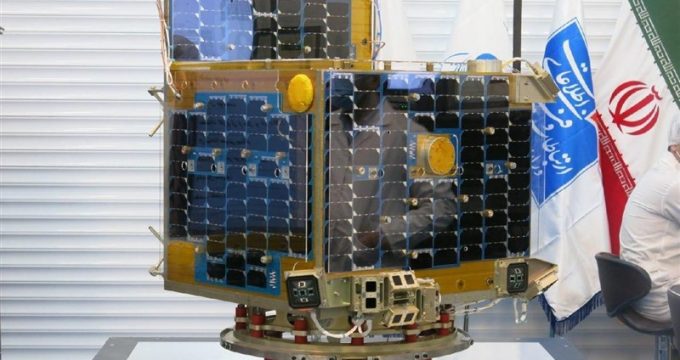 MNA – The Iranian-made Zafar Satellite has been stationed at Imam Khomeini space center to be sent into space by Simorgh launcher in the coming days, said the spokesman for the Defense Ministry’s Aerospace Organization.

Ahmad Hosseini said Friday that some 200 main processes have been accomplished by 30 teams and all the infrastructures have been prepared for the operation.

He noted that taking step by step data gathering and doing analyses are of importance for scientists to be able to take further strides.

Earlier this week, Iranian Minister of Communications and Information Technology (ICT) Mohammad Javad Azari Jahromi announced the imminent launch of the Zafar satellite, which is designed by domestic experts.

“By this weekend, Zafar satellite will be sent into orbit at an altitude of 530 kilometers by Simorgh launcher,” Azari Jahromi tweeted on Monday.

Zafar is a 90-kilogram remote-sensing satellite equipped with color cameras and can be used for surveying oil reserves, mines, jungles and natural disasters.