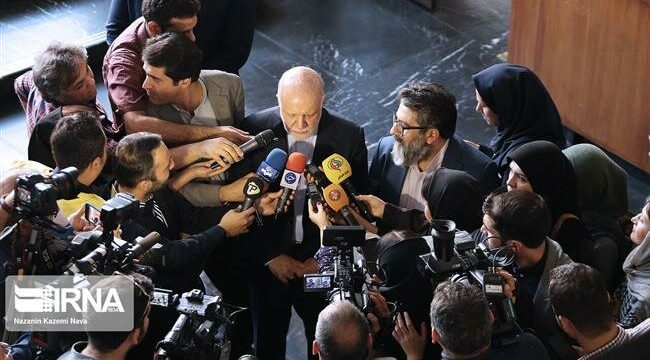 SHANA – The Iranian Minister of Petroleum said the country had started countdown for launching a major plant for collecting and processing associated petroleum gas (APG) with $3 billion of investment.

Speaking in a televised interview on Tuesday evening, Bijan Zangeneh said Bidboland Persian Gulf Gas Refinery, the largest APG collecting and processing plant in Iran, was to be launched early next calendar year which begins on March 21.

He said the project would be a major environmental measure in the southwestern province of Khuzestan and would be instrumental in the petrochemical development of Gachsaran.

The official said the plant would operate with a gas processing capacity of 56 million cubic meters/day and would produce 3.4 million tons of petrochemical feedstock.

He also added that two deals had been struck with the Persian Gulf Petrochemical Industries Company and Maroon Petrochemical Company for gathering APG in East Karoon fields, adding once the projects came to fruition, the value of the items produced by them would exceed $2 billion.

Zangeneh said the NGL 3200 plant for gathering APG was also being constructed in West Karoon region which would hopefully come online by 2021. The project has so far gained 40% progress.

He said Iran’s gas exports to Iraq continued uninterrupted, adding that the latter owed Iran some $2 billion for the gas and banking preparations were under way for settling the debts.