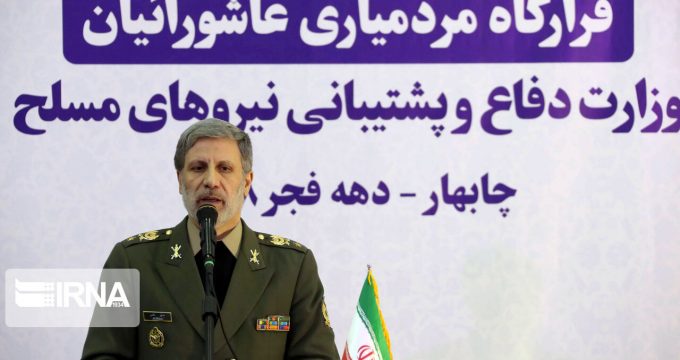 In a meeting with a group of military commanders in the southeastern city of Chabahar on Sunday, General Hatami said the victory of the Islamic Revolution helped Iran achieve self-sufficiency and self-reliance in the defense and military equipment industry.

However, he said, the backbone of Iran’s power is the popular strength which has made the Islamic Republic’s establishment unique in the world.

The main distinguishing feature of the Islamic Republic’s power is the “strategic depth of the Armed Forces” which is founded upon the popular support, the minister stressed.

Elsewhere, Hatami decried the enemies for their attempts to undermine the Iranian nation’s welfare by imposing cruel sanctions on Iran and obstructing foreign investment, stressing that the hostile plots to misrepresent the Islamic Republic as an impotent system are doomed to failure.