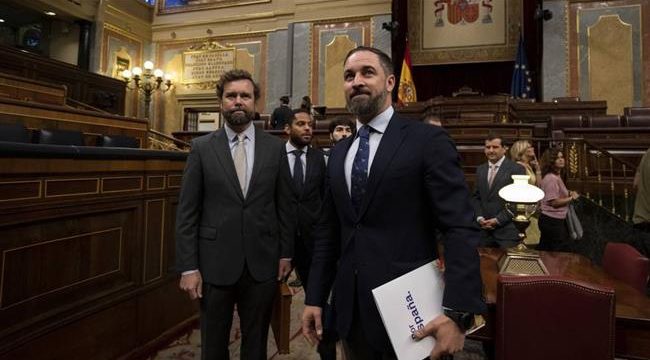 Press TV – The Mujahedin Khalq Organization (MKO), a foreign-backed terrorist group responsible for killing thousands of Iranians, bankrolled the foundation of the Spanish far-right Vox Party and paid salaries to some of its top members, a report says.

The leading Spanish newspaper El Pais reported earlier this week that the party “was created in 2013 with around  €1 million” donated between December 2013 and April 2014 by a front-group led by the MKO.

The money was used to fund the party’s campaign in the 2014 European Parliament elections along with various other party expenses such as paying the rent for the party’s first headquarters in the capital, Madrid, and buying computer equipment and furniture.

According to the report, the party received its first financial transfer from the MKO on the same day that it was registered as a political party in the Spanish Interior Ministry’s records on December 17, 2013.

The party currently has the third largest constituency in the Spanish parliament with 52 lawmakers.

El Pais added that in the month following the group’s establishment, two of the party’s prominent lawmakers, Ivan Espinosa de los Monteros and Santiago Abascal — who currently leads the party — began earning monthly salaries from the MKO for up to eight months.

The two received around €65,000 in total. A third Vox lawmaker, Javier Ortega, turned down the offer for a salary.

The report did not elaborate on whether other party members also received MKO salaries and what possible objectives the MKO pursued in bankrolling the group.

According to the report, Monteros and Abascal were aware of the source of their income.

The money was funneled to the group with the mediation of Alejo Vidal-Quadras, the party’s original founder and first president.

El Pais noted that Vidal-Quadras, among other Spanish politicians, had been a guest speaker in events organized by the MKO on more than 15 occasions.

The MKO, which was effectively neutralized in Iran more than three decades ago, has been given refuge by certain foreign governments in order to continue its destabilization activities against Iran.

The US government considered the MKO a terrorist group before it removed the group from its terrorism list in 2012.