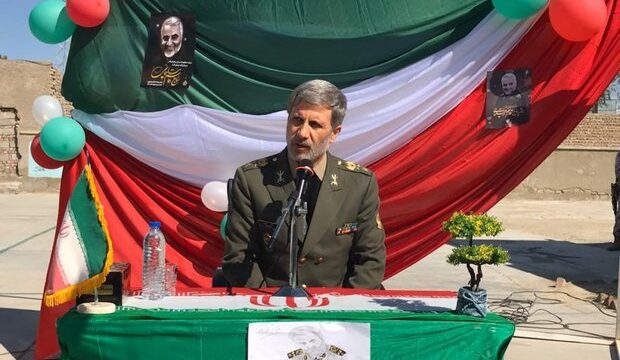 Defense Minister warns of Iran’s crushing response to any aggression

Tasnim – Iran’s Defense Minister warned the enemies that any act of aggression against the country will draw a crushing response from the Iranian Armed Forces.

In comments at a school near Iran’s southeastern city of Chabahar on Saturday, Brigadier General Amir Hatami cautioned the enemies that any action against the Iranian nation’s security or its goals will spark a “crushing response” from the Islamic Republic’s Armed Forces.

He also highlighted the futility and failure of the US’ policy of maximum pressure on Iran, saying, “The grown, insightful and resisting nation of Islamic Iran has never given in and will never give in to the excessive demands of the front of arrogance, and we will definitely overcome these problems successfully and proudly.”

Iranian military and political officials have repeatedly warned the enemies of the dire consequences of a military strike.