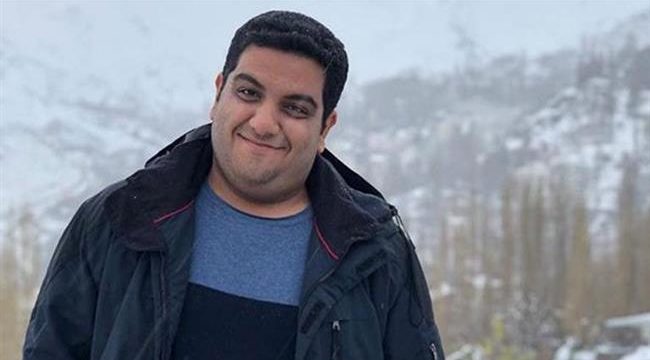 Press TV – American Customs and Border Protection (CBP) agents have detained and deported yet another Iranian student, who had a valid visa to enter the United States.

Alireza Yazdani, 27, who had planned to continue his studies at Michigan State University, was on a flight leaving Detroit Metro Airport on Monday, a day after he was detained and questioned by CBP authorities, his attorneys said.

The PHD student flew into Detroit Sunday to continue his studies in an agricultural sciences doctoral program at Michigan State, his attorney Bradley Maze said.

He had been admitted to the program in September and the US government issued him a student visa earlier this month, Maze said.

Yazdani told his attorneys he “eventually gave up” after facing more than six hours of questioning.

Maze described the CBP’s reasons for denying his client entry as “spurious,” but said the aggressive questioning left Yazdani feeling he had no choice.

A spokeswoman for Michigan State said Monday evening that the university had been working for the past 24 hours with federal agencies, members of the Michigan congressional delegation and the student’s lawyer “to help through this difficult situation,” and is committed to welcoming international students.

Yazdani’s depotation comes a week after another Iranian who’d arrived with a student visa was detained at Boston’s Logan International Airport.

Mohammad Shahab Dehghani Hossein Abadi was deported in spite of a federal court order to delay his removal.

His removal drew widespread attention and criticism from immigrant rights advocates, who said they are concerned that students are being targeted as tensions mount between the United States and Iran.

On Saturday, a report by The New York Times said that at least 16 Iranian students have been turned away at US airports since August, despite having valid visas, which they had obtained after a notoriously grueling, months-long vetting process.

The paper published interviews with some of them, who recounted harrowing ordeals of detention at US airports.

Most of them said they were not told why they were deemed “inadmissible” — a broad label that customs officers have wide discretion to apply.

“What the students do know is that, at a time of rising diplomatic tensions between the United States and Iran, their plans for the future seem to have evaporated,” the paper said.

Earlier, Canadian news agency CBC revealed that US border officers had been instructed to target and interrogate Iranian-born travelers.

The revelation followed reports that up to 200 people of Iranian descent travelling from Canada were detained and questioned for hours at multiple Canada-US border crossings during the weekend of Jan. 4 after the US assassinated a senior Iranian military commander.

Reacting to the developments on Saturday, Iranian Foreign Ministry denounced in a statement the “unconstitutional and inhuman” treatment of travelers of Iranian descent by US border guards, saying the American government holds responsibility for the harassment.

“Such highly discriminatory practices against people, purely because of their race, nationality, or religion, are wholly rejected in terms of international human rights laws and practices, and the US government is responsible for them,” Foreign Ministry spokesman Abbas Mousavi said.

Alireza Yazdani, Detroit airport, US Customs and Border Protection (CBP), US Immigration Policy January 29, 2020
Flocks of migratory birds perish in peninsula in northern Iran
$750mn worth of fund allocated out of NDFI for shipbuilding: Nobakht