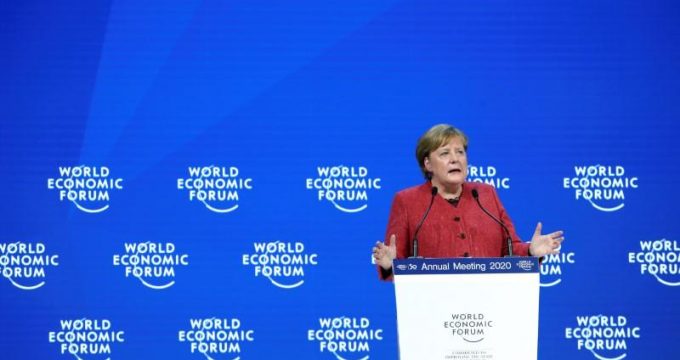 Don’t scrap imperfect Iran deal before we have a better one, Merkel says

Reuters – German Chancellor Angela Merkel warned against prematurely scrapping an international nuclear deal with Iran, saying that it would be wrong to abandon an “imperfect” deal with nothing better in place.

Speaking at the World Economic Forum in Davos, she also said that Europe had an interest in preventing conflict in Libya escalating, since this might unleash a refugee wave as the Syrian civil war had in the past.

Germany’s mistake with regard to the 2015 refugee crisis was not having let refugees in, she said, but having earlier not paid enough attention to the conditions in Syria that had precipitated it.

Reporting by Thomas Escritt in Berlin; Editing by Madeline Chambers