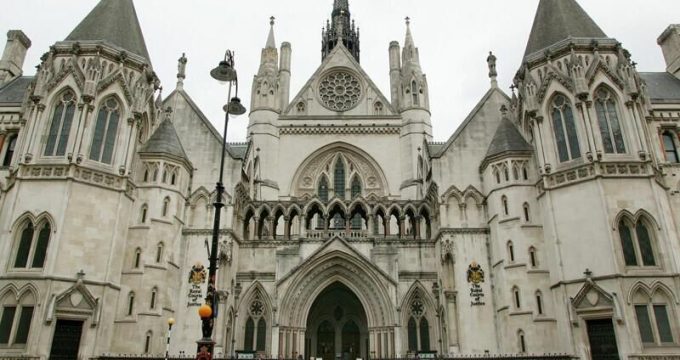 IRNA – A British Court of Appeals hearing on part of debt related to the UK’s arms deal with Iran began on Wednesday and will continue until Thursday.

The meeting is set to decide on a small portion of the UK arms deal debt to Iran.

The court is hearing the representatives of both parties and will continue until tomorrow, according to the announced plan.

The British debt to Iran is related to the purchase of Chieftain tanks in the 1971 between the British Ministry of Defense and the Pahlavi government, which was supposed to deliver 1,500 tanks and armored vehicles to Iran.

On Wednesday and Thursday of this week, a hearing will be held on a small part of the amount of British arms deal debt to Iran in London in British Court of Appeal, wrote Hamid Baeeidinejad on his Twitter page.

He added that by assigning this small part, the legal process of the case will come to its end and there will be no excuse for paying the debt.

This debt is related to the purchase contract of tanks in 1971 signed by the British Ministry of Defense and the Pahlavi government, which was supposed to deliver 1,500 tanks and armored vehicles to Iran.

After the Islamic Revolution, the contract was canceled, and since Iran had paid all the contract money, it had demanded a refund.

Iran’s ambassador to Britain had announced two years ago that London was ready to pay off Iran’s debt and said that after two decades of heavy litigation between Iran and Britain, payment of Iran’s debt by Britain has reached its final stage and this debt is due to be paid in the coming days.

After the Islamic Revolution, the deal was canceled, and since Iran had paid all the money for the deal, it had demanded a refund.

Britain has so far refused to pay this debt, which is the right of the Iranian nation. The Guardian reported yesterday that Britain’s defense secretary is looking for ways to pay off the debt.

According to the report, Ben Wallace, who previously chaired the British-Iranian Parliamentary Friendship Group, is now seeking to pay off the debt through humanitarian aid such as food and medicine, as the British Secretary of Defense.

At the same time, one of the controversial issues between Iran and the UK is the £20m interest must be paid on the debt.

The court in the previous round upheld the British side’s request for non-payment of interest after several years of sanctions, ruling that it had been referred to the Court of Appeal.

Hamid Baeedinejad, the Iranian ambassador to the UK, said that this amount was a small part of the total debt, estimated at around £ 400m.