The wrong track for confronting Iran

The New York Times | Vali R. Nasr: The Arab Middle East is far too weakened and divided to support a Trump administration strategy for containing the Islamic republic.

In the quick escalation of tensions and attacks between the United States and Iran this month, each side threw down a gauntlet. Secretary of State Michael Pompeo defined America’s goal as to “confront and contain.” Iran’s rulers said they won’t be satisfied until America leaves the Middle East.

Confronting and containing Iran may sound wise. But what worked in the past will not work this time. President Trump faces a Middle East that is vastly different from the one with which his predecessors grappled.

For decades, containment worked to keep revolutionary Iran at bay because the United States could rely on a string of strong Arab dictatorships. But then the United States invaded Iraq and removed from power Saddam Hussein, on whom the Arab world had relied to restrain Iran. Today, America has yet to build a stable alliance with the new Iraq, Egypt is still licking its wounds from the bitter aftermath of the Arab Spring of 2011, and Syria, the third Arab giant, has become a state in name only.

So Mr. Trump chose to look to Saudi Arabia and the Persian Gulf Emirates, which have suffered less, to sustain the old order. But those monarchies need ties to the larger Arab states, which are now in disarray. Without them, the monarchies lack the military might to help America sustain its decades-old conflict with Iran, let alone to successfully roll back and contain Tehran’s regional influence. For example, a Saudi-led attempt to beat back burgeoning Iranian influence in Yemen has turned into a quagmire that has enabled Iran to gain a foothold on the Arabian Peninsula. 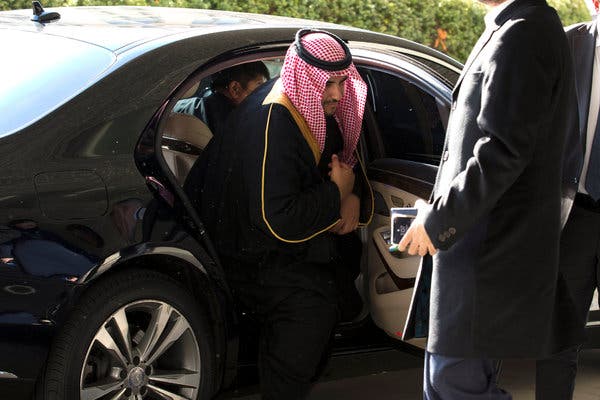 In addition, the Persian Gulf monarchies that America sees as its containment front line are not united against Iran. Saudi Arabia and United Arab Emirates have been picking fights with Qatar, which has opened fissures among the Gulf’s monarchies, divided the region’s Sunnis and undermined America’s hope that they will unite against Shiite Iran. The Gulf Cooperation Council, which America helped create as a regional bulwark against Iran, now exists in name only. The council still holds fast to a Saudi-led blockade of Qatar, leaving Oman and Kuwait to see Saudi Arabia, rather than Iran, as the more urgent threat. For Qatar, Oman and Kuwait, Iran is a counterweight needed to protect them from Saudi heavy-handedness.

The monarchies — Saudi Arabia, Qatar, Oman, Kuwait and the Emirates — can offer America military bases, but as a recent drone attack on Saudi oil facilities made abundantly clear, the monarchies on their own are no match for Iran.

Furthermore, the monarchies, worried about the cost of war to their economies, have started to hedge their bets. The U.A.E. has opened channels of communication with Iran in order to ease tensions. According to the prime minister of Iraq, Adel Abdul Mahdi, when Maj. Gen. Qassim Suleimani, the head of the Quds Force in Iran’s Revolutionary Guards, was killed in Iraq by an American drone, he was carrying Iran’s response to a message Saudi Arabia had sent through Mr. Mahdi. The Arab monarchies will support American pressure on Iran, but they will also look to de-escalate their own tensions with Tehran — puncturing holes in whatever containment Americans envision.

Iran, too, is not the same challenge that American strategists grappled with during the heyday of containment. It is true that Iran’s revolutionary ideology now rings hollow at home, where Iranians are tired of repression, economic hardship and international isolation. That is why they embraced the 2015 nuclear deal as the beginning of the end of the old order. More recently, they have taken to the streets, demanding change. That may have convinced Washington that the Islamic republic is teetering, and that more pressure could topple it.

But the Iranian state is not as weak as Washington estimates, and the killing of General Suleimani has only strengthened Iran’s rulers. They saw the enormous crowds that gathered to mourn the general as a mandate, giving them confidence in their own ability to take on the United States. 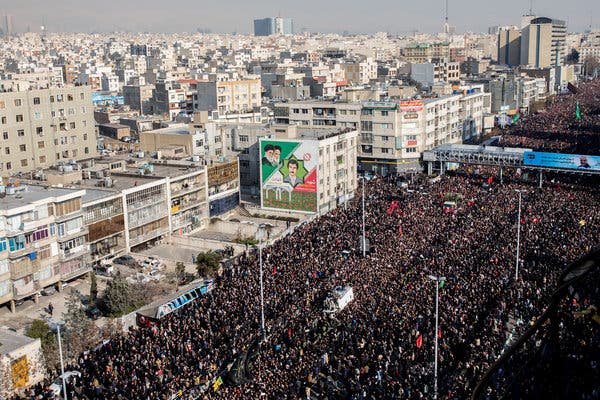 Massive crowds gathered for the funeral procession for Maj. Gen. Qassim Suleimani in Tehran in early January.Credit…Arash Khamooshi for The New York Times

President Trump has not fully grasped that Iran’s position in the region is stronger today than it was when the United States began to contain its threat. Iran has deep cultural ties to the region’s Shiite Muslims, who look to Tehran for support as they reach for power in the new regional order. Iran has also long relied on a network of militias and clients across the region to ward off American pressure.

In addition, as the Arab Middle East has fractured, the military advantage has shifted to terrorist organizations and militias who can wage civil wars and insurgencies — and away from conventional forces trained to win battles between standing armies. That has benefited Iran by allowing it to make strategic investments in militias and conduct its proxy wars in Iraq, Syria and Yemen.

In another development, President Trump in 2018 squandered America’s triumph in containing Iran’s nuclear ambitions when he pulled the United States out of the multination nuclear pact signed with Iran in 2015. Now, Iran is returning to its nuclear program, and it has also been investing heavily in missiles, drones and cyber capabilities. Recently, Iran’s downing of an American drone and attacks on oil facilities in Saudi Arabia have been clearly intended to signal to America that Iran still has arrows in its quiver.

To be sure, recent anti-Iranian protests in Iraq and Lebanon have revealed cracks in Iran’s regional strategy. But the killing of General Suleimani has helped Iran regain its footing in Iraq, diverted attention from Iran’s own quest for more regional power and focused public ire on American behavior.

For Iran’s rulers, who fear an existential threat from the United States, a fight without end may well be in order, most likely in the form of inciting regionwide insurgencies, not a general war. America’s decision to kill General Suleimani in Iraq has already given Iran an opening, as seen in the Iraqi Parliament’s outrage that America chose to settle a score with Iran on Iraqi soil.

Looking forward, here’s what we can expect from Iran: It now sees America as a threat greater than any degree of regional chaos. To Iran, even the specter of the Islamic State and the Taliban controlling large parts of the Middle East and South Asia does not look so bad in comparison. So if America remains in the region, it will have to contend with instability, proxy wars, terrorism, refugees and political crises across a vast expanse from Afghanistan to the Levant.

To confront and contain Iran now, the United States will have to restore power and stability to the Arab world. President Barack Obama understood that it was wiser to reduce tensions with Iran than to try to fight it in a broken Arab world. If a conflict escalates out of control, it could mean another endless war, this time with a country of 80 million people, incensed and united.

President Trump and his allies may see his brinkmanship as a victory, but it will prove to be a Pyrrhic one. For any strategy that will last, Mr. Trump must look beyond “confront and contain,” lest he embroil America in a new quagmire in the Middle East.