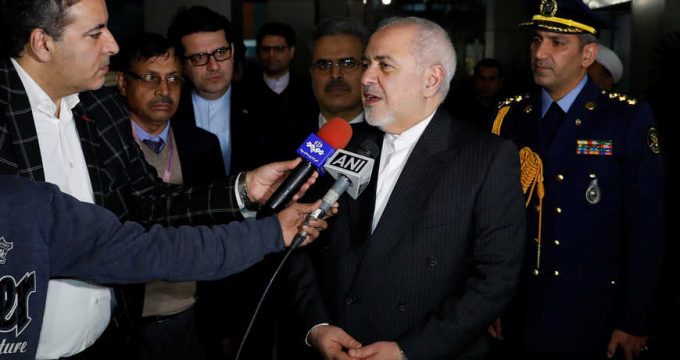 Iran: Region facing dangerous situation due to US combination of arrogance, ignorance

Press TV – Iranian Foreign Minister Mohammad Javad Zarif says the region is facing a “dangerous” situation due to the US combination of arrogance and ignorance.

“It is very dangerous because we have in fact a very dangerous combination in the United States: arrogance and ignorance,” Zarif said in an interview with Times Now in responses to a question about the future in the region.

“They (the Americans) do not know what is happening in this region and they are arrogant enough not to look for correct answers but simply to be gun-happy and take absolutely unacceptable, illegal measures,” he added.

He added that the US assassination of top Iranian commander Lieutenant General Qassem Soleimani has created a quite dangerous situation in West Asia.

The top Iranian diplomat emphasized that the ongoing regional situation was a direct result of the United States’ “arrogance” and its callous attitude of not trying to find out the details and implications of the provocation.

He said the US should learn that 430 cities in India along with peoples across the world, including in Iraq, Lebanon, Syria and Algeria, have mourned for the assassination of the top Iranian commander by the US while the Daesh terrorist group “celebrated” it.

“I think that enough should be a lesson for the United States to start learning about our region rather than just completely pushing in total darkness with a disastrous policy,” Zarif pointed out.

On January 3, the United States assassinated General Soleimani, who commanded the Quds Force of Iran’s Islamic Revolution Guards Corps (IRGC), among others in a set of airstrikes against the Iraqi capital of Baghdad on US President Donald Trump’s order. General Soleimani has earned reputation as West Asia’s most revered anti-terror commander due to his indispensable contribution to defeating terrorist outfits such as Daesh across the region.

The strikes also led to the martyrdom of second-in-command of Iraq’s Popular Mobilization Units (PMU) Abu Mahdi al-Muhandis along with eight other Iranians and Iraqis.

In retaliation, the IRGC fired volleys of ballistic missiles on January 8 at the US’s Ain al-Assad air base in the western Iraqi Anbar Province, and another facility in Erbil, the capital of the semi-autonomous Iraqi Kurdistan, both of which housed American forces.

Leader of the Islamic Revolution Ayatollah Seyyed Ali Khamenei said on Friday that the assassination of the top Iranian commander disgraced the US as it had to own up to the “terrorist” action and see its image dealt a blow by Iran’s retaliation.

“The day the missiles of the Islamic Revolution Guards Corps crushed the US base is one of the days of God. The Guards’ response was a major blow to America’s fearsome superpower image,” the Leader told a huge crowd in Tehran Friday.

Elsewhere in his interview, Zarif said he “had very good conversations on all issues” both in economic and political relations with his Indian counterpart Subrahmanyam Jaishankar in Tehran in December.

“We expect India to play a positive role in engaging in serious discussions about the future of cooperation in this region rather than the current confrontation,” the Iranian foreign minister said.

After meeting Iranian officials in Tehran, the Indian foreign minister said Iran and India agreed to speed up the development of Chabahar port which New Delhi views as a gateway to access Afghanistan and Central Asia.

“Just concluded a very productive #IndiaIran Joint Commission Meeting,” Jaishankar tweeted as he wound up the two-day visit to the Iranian capital.

“Reviewed the entire gamut of our cooperation. Agreed on accelerating our Chabahar project,” he added.