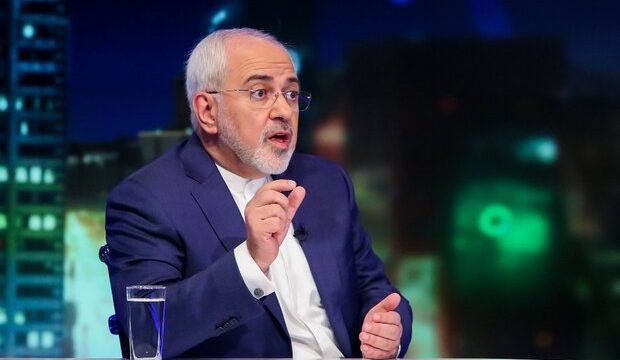 Zarif raps EU3 for submission to US bullying, failure to honor JCPOA

Tasnim – Iranian Foreign Minister Mohammad Javad Zarif lashed out at the three European parties to the 2015 nuclear deal for failing to live up to their commitments under the JCPOA and for “selling their integrity” for fear of US’ bullying tactics.

n a thread on his Twitter account on Wednesday night, Zarif debunked the claim that Britain, France and Germany have stuck to the Joint Comprehensive Plan of Action.

“E3 claims it has kept its obligations under JCPOA. Reality Check: Zero imports of Iranian oil; Embargoing of Iranian banks & SWIFT disconnect; Non-implementation of Blocking Statute; Exodus of European firms in Iran; Failure to even sell ‘exempted’ food/medicine,” the Iranian minister said in a post.

“Here’s what E3 HAS been busy w/ since the US left JCPOA: Reality Check 2: Issued empty statements; Violated its own laws by bowing to US extraterritorial sanctions; Ignored Iran’s 3 notifications of DRM (dispute resolution mechanism) activation; Set up INSTEX w/o single transaction,” Zarif added.

“E3 think they’re living in the 19th Century, when they dictated to countries, lied, & got away with it. IRAN triggered the DRM. IRAN is NOT the one emptying the accord of its substance—the E3 is. Forget about compensating for US: fulfill your own obligations. EVEN JUST ONE,” he told the European parties.

In a new post on Thursday morning, the top Iranian diplomat provided another evidence of EU3’ policy of appeasement towards US President Donald Trump.

“Appeasement confirmed. E3 sold out remnants of #JCPOA to avoid new Trump tariffs. It won’t work my friends. You only whet his appetite. Remember your high school bully? If you want to sell your integrity, go ahead. But DO NOT assume high moral/legal ground. YOU DON’T HAVE IT,” Zarif told the European parties to the JCPOA.

His tweets came after the Washington Post reported on Wednesday that the Trump administration has threatened to impose tariffs on European automobile imports if Britain, France and Germany did not formally accuse Iran of breaking the JCPOA.

The three European countries on Tuesday triggered a dispute mechanism under the nuclear deal in order to accuse Iran of violating its terms.

In comments in India on Wednesday, Zarif said the move was legally baseless and politically wrong.