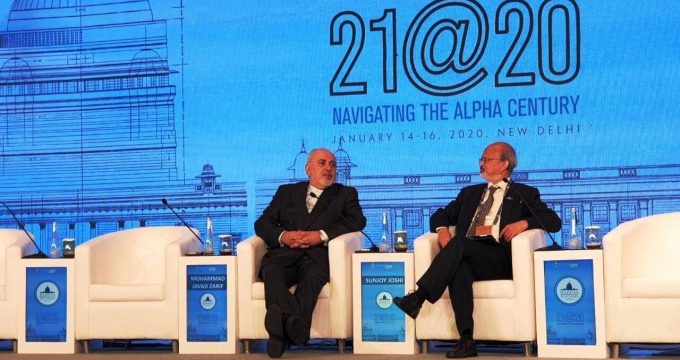 “If you don’t believe me see who are celebrating the death of Soleimani, not the ordinary people, In 430 Indian cities they mourned his death, two people are celebrating President Trump, Pompeo & Daesh,” he added.

“I negotiated with the Secretary of State of the US, he negotiated with the Foreign Minister of Iran,” he noted adding: “I deliver on every point I signed onto and you don’t have to trust me, you trust the …. reports of IAEA including 5 reports after President Trump.”

The Raisina Dialogue is a multilateral conference held annually in New Delhi.

Since its inception in 2016, the conference has emerged as India’s flagship conference on geopolitics and geo-economics.