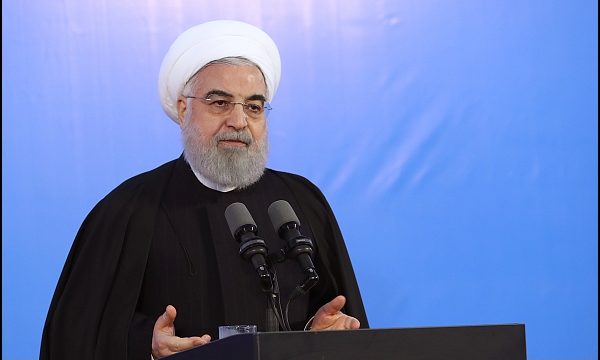 Tasnim – Iranian President Hassan Rouhani offered his condolences to the people of Oman over the demise of Sultan Qaboos bin Said Al Said, praising his major role in boosting peace and stability in the Middle East region.

In a message to Oman’s new sultan, Haitham bin Tariq Al Said, Rouhani expressed condolences to the people and government of the Arab country over the passing away of the sultan.

“During his five decades of rule, the late (sultan) took many steps for the prosperity and progress of his people and country,” he said.

“With the mutual trust of the Islamic Republic of Iran and the Oman Sultanate, he established relations between the two countries on the basis of friendship and brotherhood and initiated a model of good relations between neighboring countries,” the president said.

“He was a wise politician and played an effective role in establishing peace and stability in the region,” Rouhani went on to say.

Qaboos’s death was announced on Saturday. He was 79.

Haitham was sworn in before the ruling family council on the same day.

Sultan Haitham, 65, has had a long career in public life, working in the foreign ministry, assisting with programs aimed at diversifying the country’s economy away from oil, and most recently serving as culture minister. He is a cousin of the late sultan.

Sultan Qaboos played an important role in facilitating the early stages of nuclear talks between Iran and the world power which resulted in the 2015 nuclear deal, known as the Joint Comprehensive Plan of Action (JCPOA).

The two countries have also held several naval exercises in the Persian Gulf and the Sea of Oman in recent years.