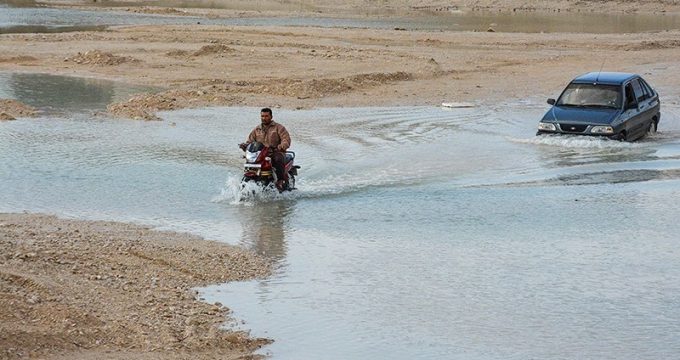 So far one person has been confirmed dead and another has been reported missing.

Over the past two days, severe rainfall and flooding have blocked roads, destroyed houses and displaced hundreds of people in the southeastern provinces of Kerman, Sistan and Baluchestan as well as Hormozgan in the south.

According to head of Rescue and Relief Organization Morteza Salimi, there is one confirmed fatality and one missing person. Several people have also been injured.

In some 40 towns and villages in Sistan and Baluchestan, first responders have rescued 1,250 people and provided emergency accommodation for more than 300 people.

Flooding has also affected 300 villages in Kerman Province, where many villages are also covered by heavy snow, according to local official, Majid Saeedi.

“Links to the rural areas remain blocked due to the long distance from the main roads and the mountainous areas,” he added.

Since the rainfall started on Friday, the province has received more than 100 millimeters of rain, which according to officials, is equivalent to the average annual rainfall in the region.