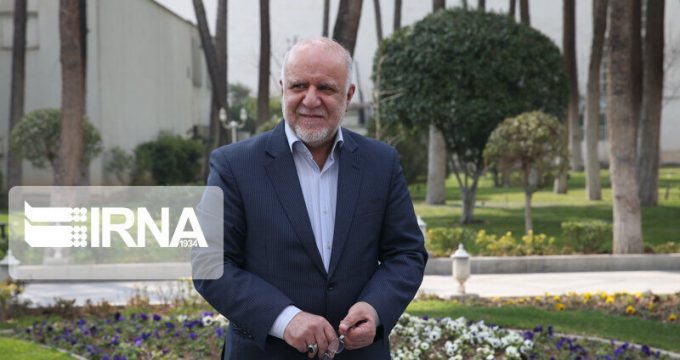 Increase in oil price of benefit to Iran

Zangeneh made the remarks speaking to reporters after the cabinet session in Tehran this morning.

About the Islamic Revolution Guards Corps (IRGC) reciprocal operation to US airbase of Ain al-Assad in Anbar province in western Iraq which was carried just five days after the US targeted airstrike against IRGC Commander Lieutenant General Qasem Soleimani, Zangeneh said the IRGC operation indicated prestige and dignity of Iranian nation.

He hoped that the US would cease moves which politically and economically create turmoil and disruption in the region.

The US should let people live in calm and peace, and it would benefit all around the world, Zangeneh said.

About Gen Soleimani’s assassination, Zangeneh said, “it was a big crime against humanity and it benefited the terrorists.”

“Gen Soleimani was a symbol of fight against terrorism.”

As the minister said, no freedom-seeker in the world can perpetrate such a big crime.

Meanwhile, he censured the international bodies he said showed advocacy for the oppressor [the US] as before.

Ain al-Assad, Bijan Namdar Zanganeh, Iran airstrike on US, oil price, Soleimani assassination January 8, 2020
Ayatollah Khamenei: Iran’s retaliation against US only ‘a slap’
Ain al-Assad: One of oldest, biggest US bases in Iraq