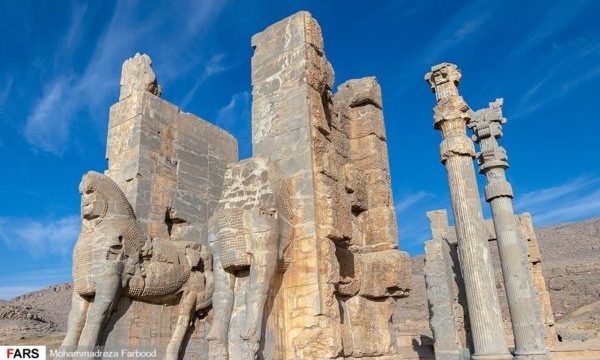 The Guardian | Sergio Beltrán-García: The US president’s Twitter warning to hit Iranian cultural sites ‘very fast and very hard’ must not be taken lightly – the world could lose these architectural treasures for ever

President Donald Trump’s new year message, posted on Twitter in the wake of the US killing of Qassem Suleimani, was unequivocal: “Let this serve as a WARNING that if Iran strikes any Americans, or American assets, we have targeted 52 Iranian sites … some at a very high level & important to Iran & the Iranian culture, and those targets, and Iran itself, WILL BE HIT VERY FAST AND VERY HARD.”

There’s little room for doubt: the president is threatening to destroy cultural heritage, which constitutes a war crime according to several international laws that the US has both sponsored and signed. These include the 1949 Geneva Conventions and the 2017 United Nations Security Council resolution 2347, which “condemns the unlawful destruction of cultural heritage, including the destruction of religious sites and artefacts, and the looting and smuggling of cultural property from archaeological sites, museums, libraries, archives, and other sites, notably by terrorist groups”.

The description of Iran’s most valuable cultural sites fall under such regulations, which were first created in the aftermath of the second world war, a time in which both sides lost invaluable buildings, artworks and cultural practices, mostly due to technological advancement in the means of warfare. Fears of future wars with widespread use of aerial bombardment, even nuclear warfare, were so great that one of the nascent UN’s imperatives was to protect not only people from indiscriminate destruction, but the spaces where their livelihoods were carried out as well. This is how current shorthand terminologies such as Unesco world heritage sites were coined: not as a list of beautiful and valuable sites to be visited or seen, but as an inventory of spaces where war could under no circumstances be waged.

Donald Trump, Iranian cultural sites, US assassination of General Qassem Soleimani, US war crimes January 7, 2020
‘US attempts to start war in Middle East are MADNESS!’ Iraqi commander killed in US strike on Soleimani once told RT
Future of US military presence in Iraq in question amid confusion in Washington