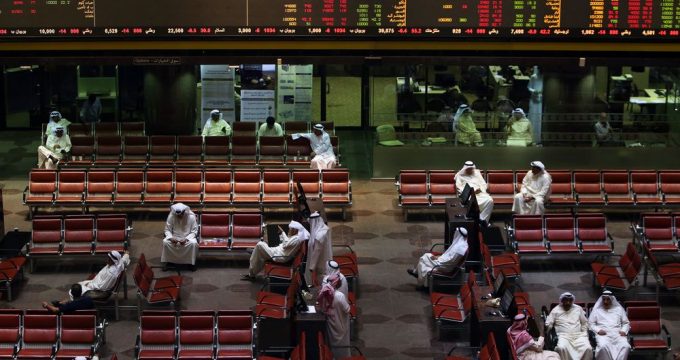 Mideast stocks get a mauling as Soleimani assassinating raises tension

Bloomberg | Filipe Pacheco: The U.S. killing of Iran’s most senior military commander reverberated through Middle Eastern markets, sending stocks into retreat and setting the tone for what’s likely to be a volatile week.

All the region’s major equity gauges fell on Sunday. Kuwait’s dropped more than 4%, trimming a rally that made it the best market in the region last year. Saudi Aramco slumped as the country’s Tadawul All Share Index lost as much 2.5%. Egypt’s EGX30 gauge fell 4.4%, the most since September, and stocks in the United Arab Emirates, Qatar, Bahrain, Israel and Oman also weakened.
Broad Decline

“Investors who were hoping for lower geopolitical tension in the Middle East and North Africa in 2020 got their hopes dashed on the second day of the year,” said Mohammed Ali Yasin, chief strategy officer at Abu Dhabi-based Al Dhabi Capital Ltd. “2020 will continue to be a year of high geopolitical tensions.”

Global markets turned sour Friday as Soleimani’s death triggered a flight to havens at the expense of riskier assets. MSCI Inc.’s index of emerging-market stocks fell the most in more than a month. Brent crude rose to $68.60 a barrel, its highest level since mid-September, and gold, a haven for investors in rocky markets, almost reached a six-year high.

The cost of insuring Saudi Arabia’s debt against default spiked. The country’s five-year credit default swaps are now more expensive than Indonesia’s for the first time in almost two years, even though Moody’s Investors Service rates the latter four levels lower. Yields on the bonds of Saudi Arabia, Abu Dhabi, Lebanon and Iraq all climbed.

Aramco shares may be in the grips of their biggest test since the initial public offering less than a month ago. The stock dropped 1.7% Sunday to 34.55 riyals, their lowest closing level since the Dec. 11 listing.

Optimists will point to the resilience of Middle Eastern markets in the face of political tension. Volatility surged in September after drone strikes against Aramco facilities highlighted the vulnerability of Saudi Arabia’s oil installations. Iran-backed Houthi rebels in Yemen, who’ve launched several drone attacks on Saudi targets in the past, claimed responsibility.
Spike in volatility in Dubai, Riyadh followed geopolitical woes last year

That came just a few months after a spate of attacks on oil tankers in or near the Strait of Hormuz, for which the U.S. and Saudi governments blamed Iran.

The extent of the latest sell-off will depend on if, how and when Iran responds to Soleimani’s killing, said Fahd Iqbal, Credit Suisse AG’s Dubai-based head of Middle East Research.

“There will be a sense of nervousness and wait-and-see,” he said in an interview with Bloomberg Television on Sunday. “There is a lack of knowing what Iran is going to do, or how severe any kind of retaliation will be, if there is any.”