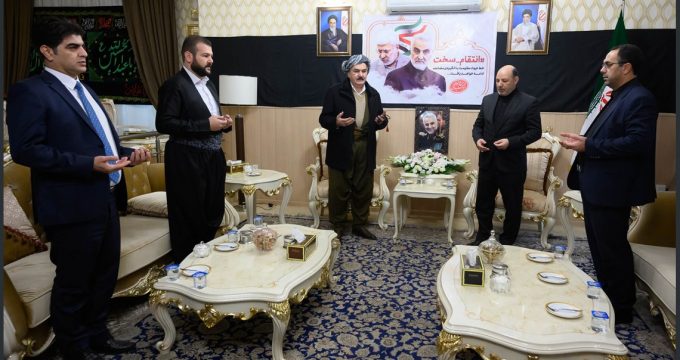 Rudaw – Kurdish party officials on Sunday participated in a memorial to commemorate Iranian General Qasem Soleimani, killed in a US airstrike on Friday.

Gen. Soleimani was a regular visitor to the countries where Iranian influence runs deep, including the Kurdistan Region. Members and officials of Kurdish parties, including Kurdistan Region Representative to Washington Nazim Dabagh, describe Soleimani as a “calm” man who liked the Kurds and wanted good relations with them.

However, for many ordinary Kurds, Soleimani is remembered as a mastermind behind the Iraqi foiling of the Kurdistan Region’s independence bid in 2017.