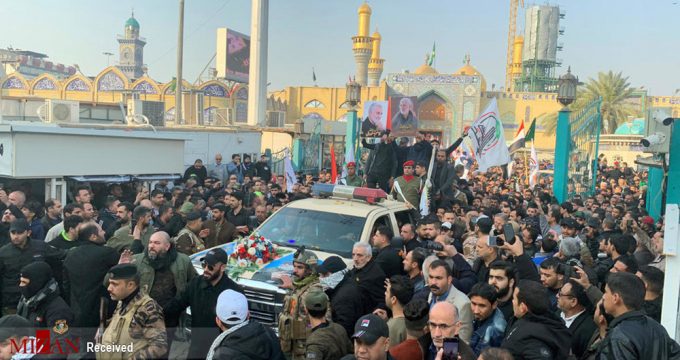 Qassem Soleimani: chants of ‘death to America’ at Baghdad funeral

Thousands of mourners have marched in a funeral procession through Baghdad for Iran’s top general and Iraqi militant leaders who were killed in a US airstrike.

The bodies of Qassem Suleimani and others killed in the drone strike were taken on a funeral procession starting in Baghdad to chants of “death the America” on Saturday. Iranian officials said a public farewell was planned in Tehran on Sunday.

The procession began at the Imam Kadhim shrine in Baghdad, one of the most revered sites in Shia Islam. Mourners marched in the streets alongside militia vehicles in a solemn procession.