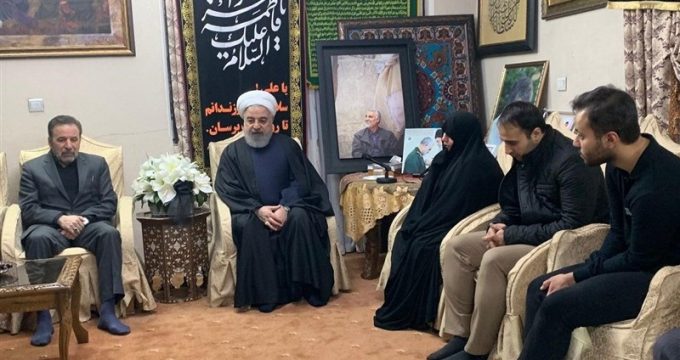 The Iranian nation reserves the legitimate and certain right to retaliate for the US killing of General Soleimani, Rouhani said in a meeting with the family of the late commander in Tehran on Saturday.

He said the White House has not realized what a big mistake it made by assassinating the Iranian general, adding that Washington “will suffer the consequences of such a criminal measure not only today, but also in the years to come.”

Lauding the late commander for his unwavering efforts to ensure security in Iraq, Syria, Yemen, Lebanon and Afghanistan, Rouhani said General Soleimani was not only a military commander and a coordinator of major operations, but also an unparalleled politician and strategist.

General Soleimani who devoted his life to protecting oppressed nations and the security of regional countries was martyred by the “biggest terrorist in history”, the Iranian president said.

In a message on Friday morning, Leader of the Islamic Revolution Ayatollah Seyed Ali Khamenei warned that harsh revenge awaits the criminals behind the martyrdom of General Soleimani.

Ayatollah Khamenei also reminded all friends and enemies of the Iranian general that the resistance path will continue vigorously, stressing that continued battle and ultimate victory will disappoint the murderers and criminals.