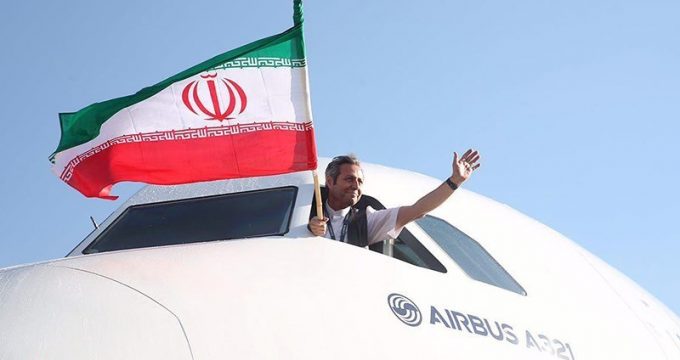 Has Iran found a way around US sanctions on aircraft deals?

Forbes | Dominic Dudley: Iran is due to receive three Airbus planes in the “very near future”, according to the country’s transport minister Mohammad Eslami, as quoted in the local press.

The development is a surprise, given the tightly restrictive U.S. sanctions in place on Iran, which led to the collapse of several lucrative aircraft orders in late 2018, including ones with Airbus and Boeing.

It remains unclear which local airline will receive the planes (although Iran Air has been named as a likely recipient), what models are involved or exactly when they will be delivered. Given the decision by Airbus to halt deliveries to Iran, the aircraft will presumably be second-hand, but the source of the planes has not been identified in the media reports either. 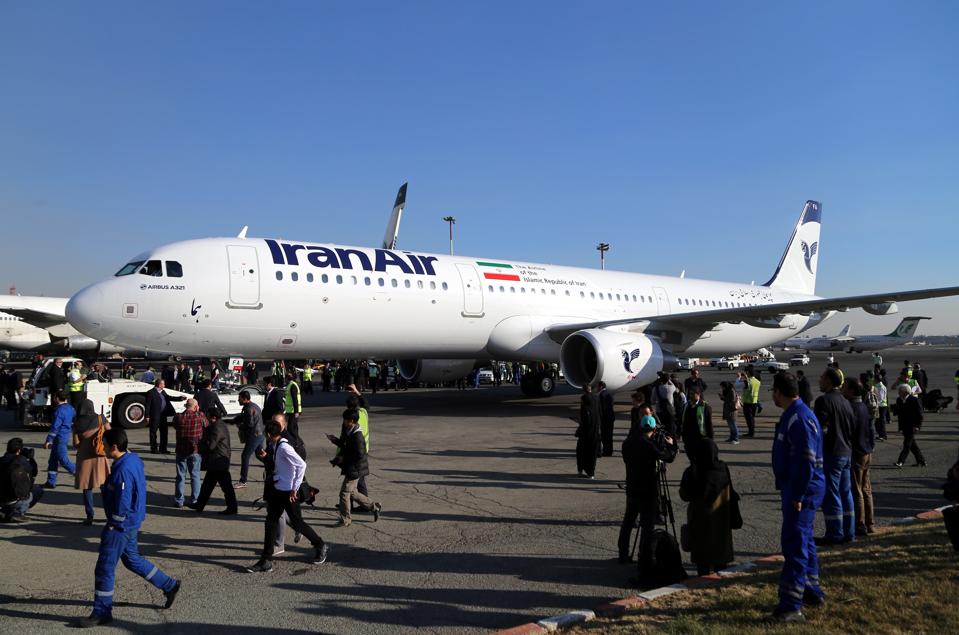 The first Airbus A321 to be delivered to Iran Air in the wake of the 2015 nuclear deal arrives at Mehrabad International Airport in Tehran, Iran on January 12, 2017. (Photo: Fatemeh Bahrami/Anadolu Agency/Getty Images)Getty Images

It marks the second time in the past week that Iranian officials claimed to have found a way around the restrictive U.S. policies. Kish Airlines chief executive Farzaneh Sharafbafi told the local Tasnim news agency on December 22 that her airline had finalized plans to lease three Embraer planes made in Brazil from an unnamed Asian country.

In the wake of the nuclear deal signed in 2015, Iranian airlines went on an extensive shopping spree, putting in orders for 100 Airbus aircraft worth an estimated $27bn and 80 Boeing jets valued at $16.6bn, as well as 40 turboprop planes from ATR. However, the resumption of U.S. sanctions in late 2018 meant deliveries ground to a halt, after just three aircraft had been delivered by Airbus and 13 by ATR.

Since then Iran has eyed up other alternatives, such as Russia’s Sukhoi Superjet, and even drawn up plans to develop its own passenger plane. However, such plans have faded away due to sanctions and cost pressures.

Whether the latest deals do go ahead remains to be seen, but even if they are completed they will provide only limited relief to Iran’s aviation sector, which is thought to need around 500 new planes to replace its ageing fleet. In the absence of much-needed new planes, local airlines have had to adopt a “make do and mend” approach, while many nervous locals steer clear of flying altogether.

Airbus, Mohammad Eslami, US sanctions against Iran December 29, 2019
Iran’s FM Zarif to depart for Russia this evening
‘No joke, intruders will be shot!’ Iran warns spies to keep clear of its joint drills with China & Russia