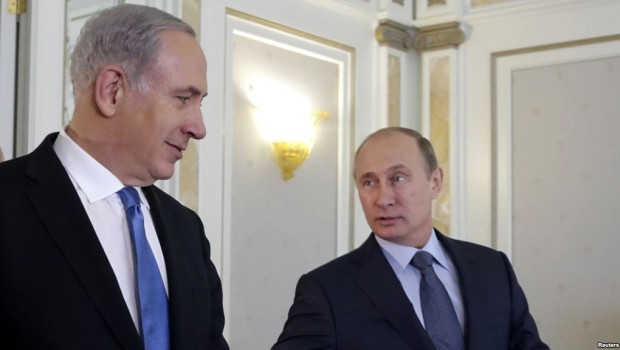 TASS – According to the Kremlin press service, the conversation was initiated by the Israeli side

The situation in Syria and around the Iranian nuclear dossier was in focus of a telephone conversation between Israeli Prime Minister Benjamin Netanyahu and Russian President Vladimir Putin, the office of the Israeli prime minister said on Thursday.

According to it, the Russian leader wished a Happy Hanukkah to the Israeli prime minister and Netanyahu conveyed seasonal greetings to Putin.

According to the Kremlin press service, the conversation was initiated by the Israeli side. Putin and Netanyahu “discussed current topics of the international agenda and some issues of the bilateral relations in the context of the Russia president’s visit to Israel scheduled for January 2020,” it said.

The office of the Israeli prime minister also said that Netanyahu had once again asked the Russian leader to help release Israeli citizen Naama Issachar who had been sentenced to 7.5 years in prison in Russia on drugs smuggling charges. In October, Netanyahu and Israeli President Reuven Rivlin asked the Russian president to pardon Issachar.

On October 11, the Khimki City Court in the Moscow region found Issachar guilty of drug possession and smuggling (part 1, Article 228 and part 2, Article 229.1 of the Russian Criminal Code) and sentenced her to 7.5 years in a standard regime penal colony. Issachar, 25, was detained at Moscow’s Sheremetyevo airport on April 9 when she was in the airport’s transit zone before boarding a connecting flight to Tel Aviv after arriving from New Delhi. The airport’s security guards found 9.6 grams of cannabis in her luggage. Issachar admitted her guilt of possessing the drug but denied smuggling charges, saying she had no access to her luggage checked in for the transit flight. She claimed she never took drugs and had no idea of how the cannabis could happened to be in her backpack. Moscow’s region court upheld the verdict on December 19.