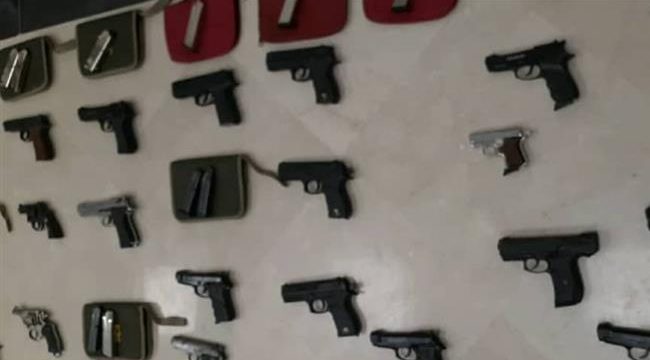 Press TV – The Iranian Judiciary says the country’s intelligence forces have seized a haul of American-made weapons in the central city of Isfahan, smuggled into Iran from Western borders in order to be used in the November riots.

According to the public prosecutor of Isfahan, the consignment consists of over 126 riot (pellet) guns, firearms, and AK-47 as well as 900 live rounds.

“The weapons had been imported to Iran from Western borders, and were confiscated by members of the Intelligence Ministry in Isfahan province,” said Ali Esfahani.

The Judiciary official said five people have been arrested on charge of smuggling the weapons, and will face trial.

He also noted that the province’s security experts believe the weapons had been imported for potential use in the recent riots in the country.

The official said the enemies were plotting to trigger an armed conflict using the firearms and kill civilians in a bid to tarnish the image of the Islamic establishment.

In mid-November, a series of protests broke out in several Iranian cities against a government decision to increase fuel prices. The initially peaceful gatherings, however, descended into violence as riotous elements — many of them armed — infiltrated the protests, perpetrating acts of vandalism against public and private property and randomly opening fire at everyone on the scene.

Iranian officials said the infiltrators were backed by foreign countries.

Authorities have reported fatalities among both civilians and security forces but are yet to release an official figure on the number of casualties.