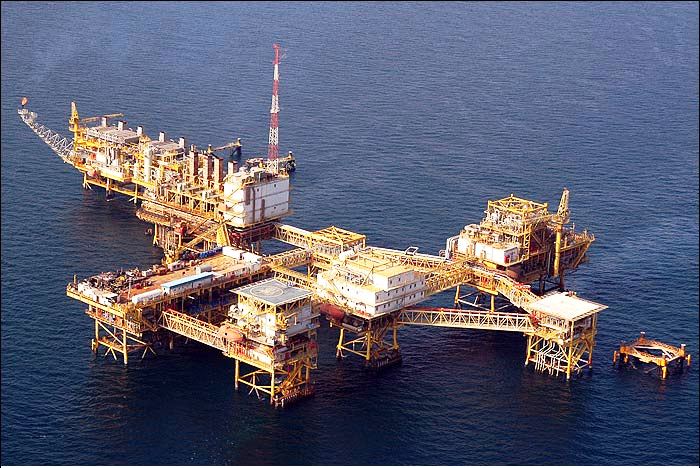 SHANA — The remaining platforms of phases 13, 14 and 22-24 of the giant offshore South Pars gas field are set to become operational by the end of the current calendar year in March 2020. That would bring gas recovery capacity in South Pars, which Iran shares with Qatar, to 680 mcm/d from the current 630 mcm/d.

Ali Afarideh Qiasi, director of project planning and control at Pars Oil and Gas Company (POGC), said the platforms and offshore pipelines of all South Pars phases, except for SP11, would have become operational by the end of the current calendar year (20 March 2019).

He added that Iranian contractors and manufacturers have achieved good capacity throughout the implementation of South Pars development phases, registering “brands” in some sectors.

Afarideh said each conventional phase of South Pars would involve two 1bcf or five 500mcf platforms. He added: “Of a total twelve 500mcf platforms in SP13, SP14 and SP22-24, two platforms have been built by ISOCO in Bandar Abbas Yard and 10 others at SADRA yard in Bushehr.”

2 Platforms to Start Up

So far, two platforms of SP14 have been installed and launched. The third platform (14B) was installed in June and will become operational in December. It would add more than 14 mcm/d to the South Pars output.

Afarideh said Platform 14B is now ready to become operational. He added: “Since the SP14 refinery is not ready, we plan to use the surplus capacity of SP12 refinery for the treating gas of SP14 gas. Therefore, the second pipeline connecting the SP14 refinery to the SP12 refinery has been built and is about to be launched. As soon as this pipeline is completed, Platform 14B would become operational.”

He said that Platform 14D was ready to be loaded-out and installed, adding that SP14 would see its output reach 56 mcm/d.

“In order to upgrade the operational flexibility and make optimal use of platforms and offshore pipelines in South Pars phases, we are planning to launch a project to connect all South Pars refineries in Assaluyeh and Tonbak areas together, and use the surplus capacity of refineries for the processing of gas supplied by other phases,” he said.

Alongside ISOICO, SADRA has been involved in the manufacturing, installation and startup of 10 platforms for SP13, SP14 and SP 22-24.

Over recent years SADRA was faced with numerous challenges, but it has shown an acceptable performance over the past two years with regard to the implementation of projects.

According to Afarideh, of total 10 platforms built in SADRA yard, 7 have already been launched or are in the process of being launched.

He said: “Only three platforms remain at SADRA yard, which would be installed, launched and become operational by the end of the current calendar year.”

Touching on the platforms of SP 22-24, he said: “The construction and operation of all four platforms of SP22-24 had been assigned to SADRA. Two have reached production stage and two others have been installed and are about to be launched.”

Afarideh said two of SP13 platforms had been installed and launched and the remaining two would become operational by the end of the current calendar year in case of favorable climate conditions.

Regarding Platform 13A, he said: “Due to an accident several years ago, the wells of this platform are unlikely to become operational this year.”

He added: “Since platform 13A is linked with Platform 13C in the production chain, in order to make 13C operational, this platform has to be commissioned, too. Then, the gas production capacity in SP13 would increase around 14 mcm/d when the two aforesaid platforms come online, and the SP13 production capacity would exceed 42 mcm/d.”

Afarideh said in addition to the construction and startup of remaining platforms at South Pars, plans would be under way to prevent production fall at this field.

He added: “The initial feasibility is under way for planning and building pressure compression platforms.”

Afarideh said: “In parallel with that, drilling additional wells to offset the production cut at South Pars would be considered as a stopgap measure.”

He said: “Generally speaking, this company is following up on the continuation of the current share of South Pars in total natural gas production as a long-term strategy.”

Afarideh said: “Building pressure compression platforms would require new technology and big investment. It has not been common even in Qatar, and its technology is limited to several countries.”

Afarideh referred to the weight of pressure compression platforms, weighing each 20,000 tonnes, saying: “To build a platform with such dimensions, we would need special equipment and a suitable yard.”

“Of course, in case there is appropriate infrastructure; and international sanctions are lifted, building platforms would not be complicated. However, pressure compressors would need technological knowhow which we lack in the country,” he said.

Afarideh said that is why the Petroleum Ministry had integrated building compression platforms in the deal signed with France’s Total before the French giant pulled out due to US sanctions.

He also acknowledged that international sanctions had left negative impacts on the implementation of projects in recent years.

“One of the most important impacts of sanctions may have been restrictions on the transfer of technical savvy, supply of special equipment and restrictions in banking transactions with other nations. However, the sanctions have contributed to the growth of domestic contractors and manufacturers and realization of self-sufficiency in the supply of necessary items and services,” said Afarideh.