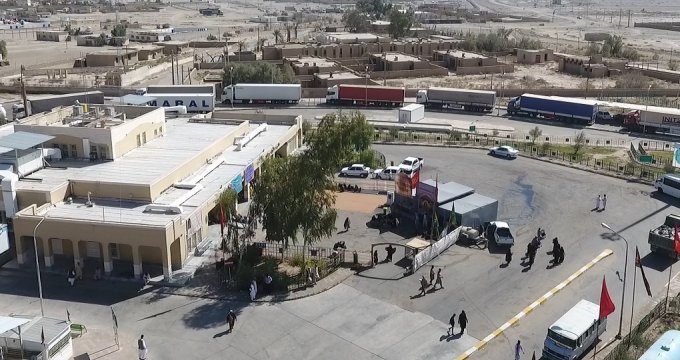 Financial Tribune | Hamid Molazadeh: The Tehran government’s protestations about fuel smuggling from the eastern and southern borders have become a permanent feature. So has the inability and unwillingness of those in charge to put an end to this wholesale corruption inflicting colossal economic loss for too many years.

Reports by the National Iranian Oil Products Distribution Company show that at least 10 million liters of fuel (gasoline and diesel) is illegally sold in the border regions, namely in Sistan-Baluchestan Province.

But the key question that has remained unanswered is why officials do not take any concrete actions to address the issue once and for all. Are they really unable to take on the smugglers or they do not want to stop them?

If regular claims carry weight to the effect that poor border dwellers are involved in the contraband business, (then) one may ask why do they continue to live in poverty when the illegal trade brings big fat profits?

To better navigate this illicit but lucrative trade, looking at the past could help, hopefully.

Two decades ago Kabul blocked the flow of water from the Helmand River into Iran, making things worse for the already water-stressed regions and turning the Hamoun wetlands into barren desert. This spelled disaster for the local folks and expanded the dole queues in ways unheard and unseen before

Thanks to Hirmand (Helmand) River originating from Afghanistan, majority of the populace in the southeastern province was involved in farming, livestock husbandry, poultry farming and fishing.

Two decades ago Kabul blocked the flow of water from the river into Iran, making things worse for the already water-stressed regions and turning the Hamoun wetlands into barren desert. This spelled disaster for the local folks and expanded the dole queues in ways unheard and unseen before.

Those who had no option abandoned the villages in droves and went to cities across the country to find a work and survive. In many cases that turned out to be a wild goose chase and the men moved back to the border regions, this time to do business with their Afghan neighbors. They mostly sold fuel and the trade was conducted legally.

After a while the government closed the border and all those who made a living via legal fuel trade lost their source of income. Helpless and desperate, they started to do the same business but his time illegally.

However, trafficking fuel demanded some basic facilities namely large fleets of vans and trucks which the border people could not afford to buy.

This was where the fuel-smuggling mafia came in to abuse the unusually high unemployment rates near Iran-Afghan border. A large number of poor people who were under mounting financial pressure joined the smugglers to make ends meet.

There is no denying that border law enforcement forces can fight the smugglers, but many of the people likely to be killed will be ordinary citizens who are forced to do the illegal stuff simply because otherwise they cannot provide for their families.

Put simply, the illicit trade is carried out systemically and with the support of well-placed lobbies that know how to cheat and dodge the law enforcement agencies.

Experts say that because the smuggling plague stems largely from mass unemployment and authorities cannot solve the problem in the short term, they look the other way and let the smugglers continue with their trade.

It merits mention that not all the fuel smuggled from Sistan-Baluchestan belongs to the deprived province because gasoline is sold only via fuel cards.  Reportedly, a large amount of fuel is trucked from other areas with the help of trucks, vans and buses (by bribing border patrols and falsifying technical inspection papers).

Now that the government is not interested in ending the multi-billion-dollar business, nor can it create jobs, some  wonder why the state does not take measures to help the poor border dwellers do the business legally.

Some have suggested charging taxes (for example 50 cents for transferring 20 liters of fuel). This will not only help the treasury, but also border dwellers would gain in the sense that they will be assured of a source of income.

According to a local fuel smuggler, those involved in the trafficking need to pass through Afghan border security gates and pay tax. Why not implement the same or similar system on this side of the border?