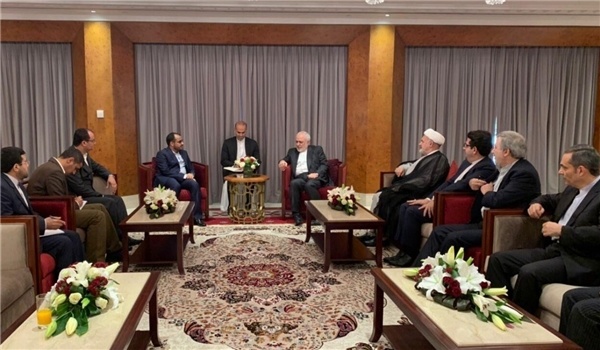 The Iranian foreign minister underlined that Yemeni-Yemeni dialogue is the only solution to the Saudi-led crisis in Yemen.

“Iran supports the legal government of Yemen against the aggressors. Iran has always supported the Yemenis spiritually and politically,” Mousavi told reporters in a press conference in Tehran.

Asked about Iran’s position on Yemenis’ attacks against Saudi Arabia, he said, “In our view, what the Yemenis do are defensive measures.”

Mousavi also underlined that resolution of the Yemen crisis depends on acceptance of ceasefire and halt to attacks on Yemeni civilians.

President Rouhani also defended the Yemeni people’s right to respond to aggressions against their country.

He underscored that Iran never wants clashes in the region, and said, “We should know that the Yemeni nation has not been the starter of the conflict, but Saudi Arabia, the UAE, the Americans, certain European states and the Zionist regime have launched a war in the region and destroyed Yemen.”