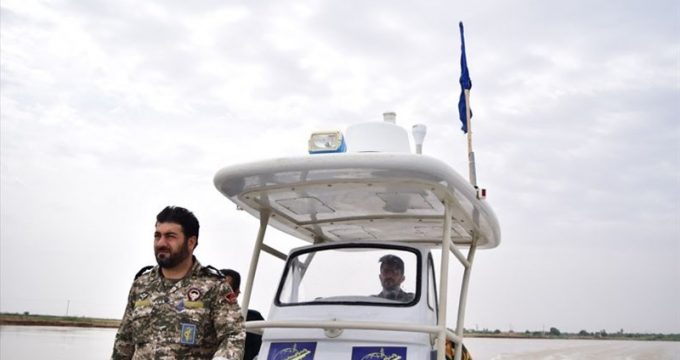 Tasnim – The Islamic Revolution Guards Corps (IRGC) Navy called on Iranian fishermen not to respond to foreign warships passing through the Persian Gulf waters, saying they have no right to question Iranian sailors.

In a statement addressed to all Iranian fishermen on Monday, the IRGC Navy said neither the US’ vessels nor those of other countries have the right to inspect, seize or question any of Iranian fishing boats, particularly in Iran’s territorial waters.

The statement further described any move by foreign ships to question Iranian vessels as being “against the national interests and in violation of international law”.

The IRGC Navy also called on all Iranian fishermen not to cooperate with foreign vessels and immediately inform IRGC patrols via Channel 16 VHF if they are questioned by them.

Earlier this month, Commander of the IRGC Navy Rear Admiral Ali Reza Tangsiri highlighted his forces’ powerful presence in the Persian Gulf and said all foreign vessels passing through the waters are closely monitored by the IRGC Navy.

“The IRGC Navy checks and monitors foreign vessels entering the Persian Gulf and questions them about their nationality, the type of the vessels, and their destination,” Rear Admiral Tangsiri told Tasnim.

All foreign vessels, including those belonging to the United States, have always been answerable to the IRGC Navy, the commander added.

He further emphasized that the monitoring of foreign vessels in the Persian Gulf is “an inalienable right” of the Islamic Republic.

“The Persian Gulf belongs to Iran and other littoral states and we have the right to question the vessels because the entrance to the Strait of Hormuz is located in Iran’s territorial waters,” Rear Admiral Tangsiri stated.