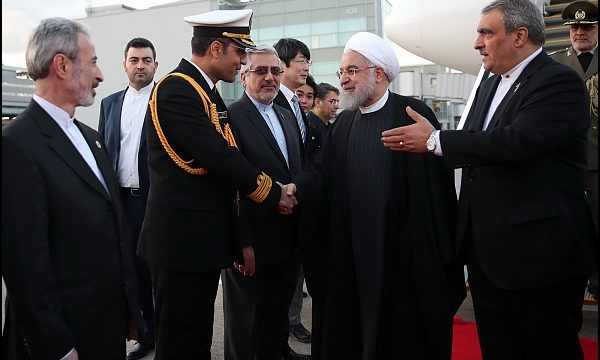 Iranian President in Japan for talks with Abe

Heading a high-ranking delegation, President Rouhani arrived in the Japanese capital on Friday to hold talks with Abe and other senior officials of the East Asian country on issues of mutual interest.

According to a statement by the Ministry of Foreign Affairs of Japan, Rouhani’s visit will last two days, during which the two sides “will exchange views candidly on topics of the bilateral relations, regional and international issues with the Iranian president as a part of such diplomatic efforts.”

During his visit to Malaysia, Rouhani addressed the Kuala Lumpur Summit 2019 on the ‘Priorities of Development and Challenges Facing Islamic World’.

In his address, the president expounded on regional and international policies and strategies of the Islamic Republic and presented suggestions for the development and progress of the Muslim world.