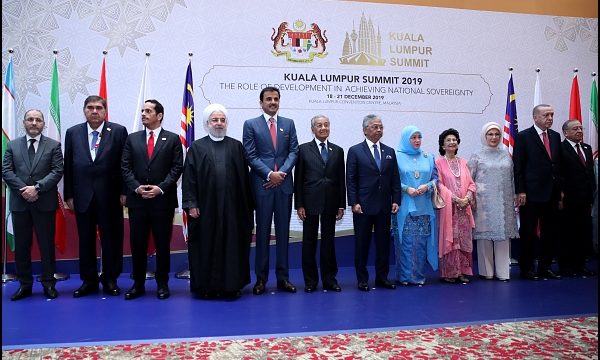 IRNA – Kuala Lumpur Summit 2019 started at the International Conference Center in the Malaysia capital on Thursday morning local time with Iran’s President Hassan Rouhani and the heads of the countries of Malaysia, Turkey, and Qatar, as well as hundreds of elite figures attending the event.

Iranian President Hassan Rouhani was welcomed by Malaysian Prime Minister Mahathir Mohammed upon his arrival at the conference venue.

Before the summit began, the leaders of the participating countries took a commemorative photo, and the 2019 Kuala Lumpur Summit was officially inaugurated by King Sultan Abdullah of Malaysia.

President Hassan Rouhani underlined that Palestine is one of the chronic wounds of the Islamic world that needs to be taken seriously at the Kuala Lumpur summit, and said that it is impossible to solve problems of the Muslim world without solidarity and cooperation among Muslim states.