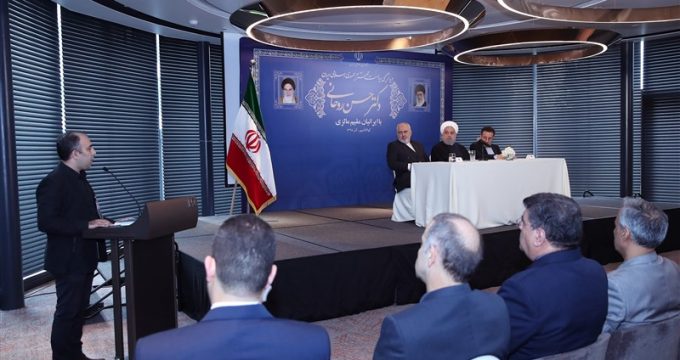 Iran’s President: US has to reverse course, end sanctions

Tasnim – Iranian President Hassan Rouhani denounced the US maximum pressure on Iran as a lose-lose policy, saying Washington will have to end the illegal sanctions against Tehran.

Imposing sanction on Iran is a lose-lose approach that cannot continue in the long term and must stop somewhere, Rouhani said in a gathering of Iranian nationals in Kuala Lumpur, Malaysia, on Wednesday.

“In my viewpoint, those sanctions could not go on and this is an illegal move,” added the president, who has travelled to Malaysia for the KL Summit 2019.

The US officials will have to reverse the course they have taken and “we will make them do it through our resistance and steadfastness,” Rouhani stated.

Highlighting Iran’s progress in different fields under the pressure of sanctions, he said a new generation of Iranian centrifuges for uranium enrichment was being tested.

Iran has even turned the “maximum pressure of enemy” into opportunities in some cases, Rouhani added.

The president further highlighted Iran’s push for dialogue in settling regional and international problems, saying the country pursues close relations with all nations although the US and the Zionist regime of Israel have sought to isolate Tehran.

The president finally urged efforts to enhance Iran’s scientific cooperation with other countries, Muslim nations in particular, referring to the suitable grounds for knowledge-based companies and innovation factories in Iran.

Before leaving Tehran for Kuala Lumpur on Tuesday, Rouhani said pursuing the policy of “pivot to the East and closer ties with major Asian countries” was among the Islamic Republic’s main objectives.

After attending the KL Summit 2019, the Iranian president will pay a visit to Japan at the invitation of Japanese Prime Minister Abe Shinzo.

Hassan Rouhani, Kuala Lumpur Summit, US policy toward Iran, US sanctions against Iran December 18, 2019
British foreign secretary accuses Iran of putting JCPOA at risk
Araghchi: Tehran not ready to talk with Washington at any level