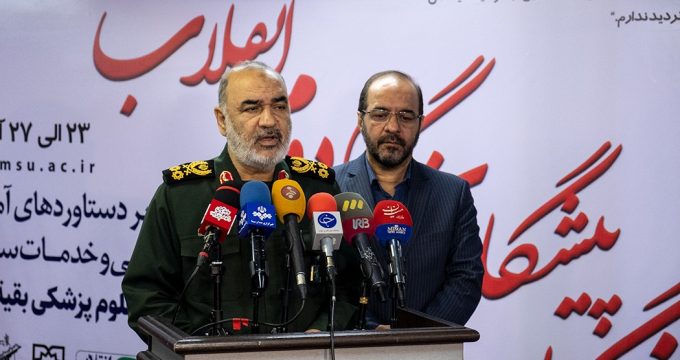 IRNA – Commander of the Islamic Revolution Guards Corps (IRGC) Major General Hossein Salami said on Monday that the people should come together to make Iran independent of foreigners in all fields.

Speaking to reporters, Salami said that the great nation deserves the right to reach to highest peaks of economic development and social welfare.

He said that the international sanctions are not excluded to economy, but, they have imposed scientific, industrial and technology sanctions as well.

Earlier, Salami said Iran is seeking to turn economic sanctions to resistance economy to thwart impacts of US sanctions on national economy.

He hoped that the enemies cannot create any obstacle in the way of progress of the Iranian people, and the Iranian nation will overcome the obstacles to the dismay of the enemy.