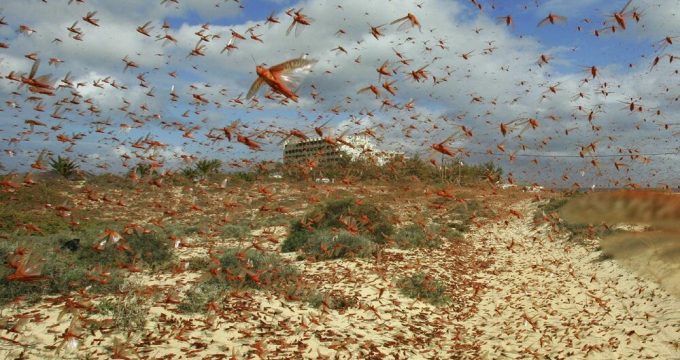 Despite intensive control operations, hopper bands and swarms continue to form along both sides of the Indo-Pakistan border where an unprecedented third generation of breeding started in November.

Some swarms have begun their seasonal migration westwards with a few crossing the Arabian Sea to northern Oman, the Food and Agriculture Organization of the United Nations has warned.

“Swarm migration is likely to continue during December to southwest Pakistan, southern Iran and northern Oman, and decline thereafter. Countries should remain alert and be prepared. Subsequent breeding could be delayed in some areas by winter temperatures,” reads the FAO Locust Watch report.