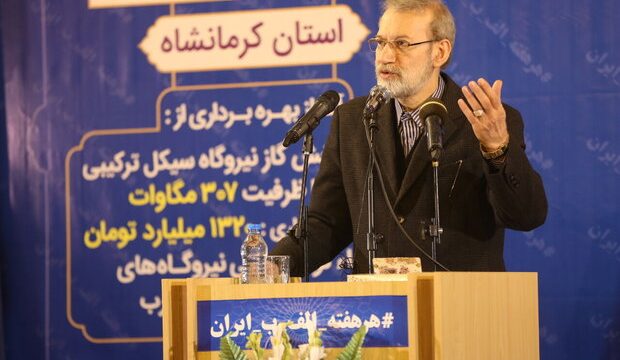 “The sanctions are serious but the country is still flourishing and its progress has not been halted,” Larijani said on Tuesday during the inauguration ceremony of a major water distribution project in the western province of Kermanshah.

The speaker stressed that “unity and consensus” are the only means to conquer the ongoing situation and reach the country’s developmental goals.

Larijani arrived in the Kermanshah this morning to officially inaugurate six projects in the water and electricity sectors, with a total value of 14.6 trillion rials (around $347 million).