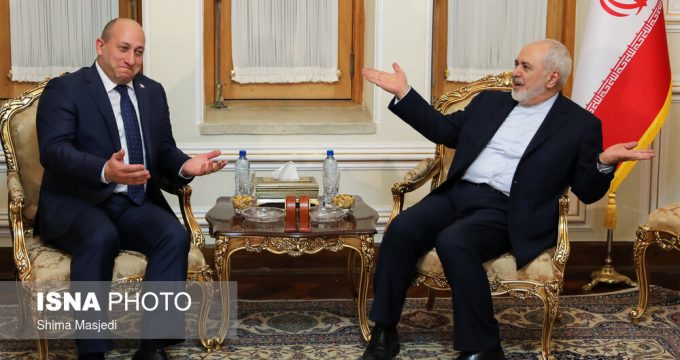 Khvtisiashvili, who is in Tehran for the third round of bilateral political consultations with Iran, met Zarif on Sunday.

In the course of the meeting, the two parties discussed ways to expand cooperation in various fields, taking into account the current state of relations between the two countries.