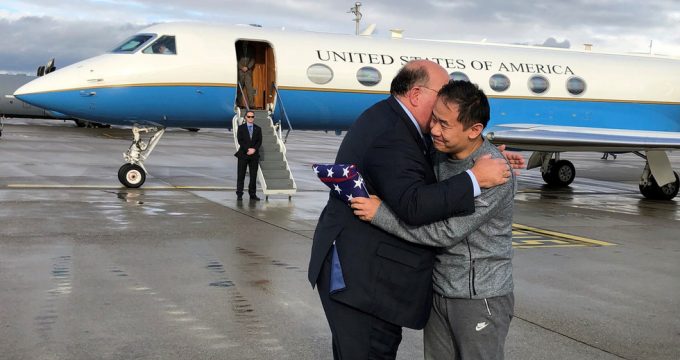 Reuters – The United States is hopeful that the release of U.S. citizen Xiyue Wang by Iran will lead to the freeing of other Americans held there and is a sign Tehran is willing to come to the table to talk about other issues, a senior U.S. administration official said on Saturday.

“We’re hopeful this will lead us to further success with Iran,” the official told reporters in a conference call, adding that Wang appeared to be in good health and humor.

“This should be viewed as a hopeful sign by the other families,” he said. “I’m hopeful that the release of Mr. Wang is a sign that the Iranians are realizing that the practice of hostage-taking diplomacy really should come to an end if Iran wants to rejoin the international community.”