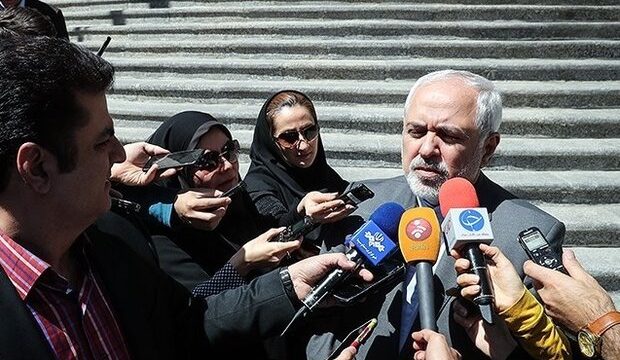 Speaking to reporters on the sideline of today’s cabinet session and when asked about reports about his resignation, he said “I wouldn’t have been here now if I had resigned.”

Earlier, some local media had reported that the minister has presented his resignation.

Zarif had once handed over his resignation in early March 2019, which was rejected by President Rouhani.

Referring to the recent visit of the Omani Foreign Minister Yusuf bin Alawi to Iran, Zarif said that “the visit was made in the framework of periodical consultations with our neighbors; he [bin Alawi] had informed us weeks earlier that he would come to Iran for consultation.”

The Iranian minister went on to say that during the meeting with his Omani counterpart, they conferred on ‘regional issues, HOPE initiative, and bilateral ties’, also generally evaluating the discussions as ‘good’.

Zarif also said that Iran will host on Friday a delegation from Oman which will be ‘the biggest ever delegation in the history of Iran-Oman ties’.