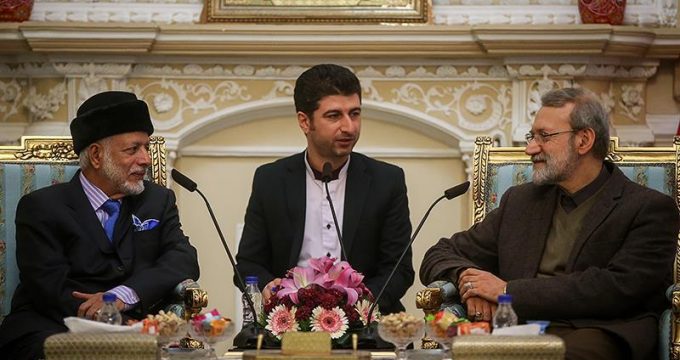 US has failed to bring Iran’s oil sales to zero, speaker says

Tasnim – Iranian Parliament Speaker Ali Larijani said the US government’s attempts to drive the country’s oil exports down to zero have failed.

In a meeting with Oman’s Foreign Minister Yusuf bin Alawi bin Abdullah in Tehran on Monday, Larijani said people of Iran are now sure that US President Donald Trump has outright hostility towards Iran.

“The US behavior lacks logic, and the American attempts to bring Iran’s oil sale to zero have been futile,” the Parliament speaker added.

A ceasefire must be implemented in Yemen before addressing other issues, he added.

For his part, the top Omani diplomat hailed Iran as the “base of peace in the region”, saying the Hormuz Peace Endeavor that has been proposed by the Iranian president shows that Tehran seeks calm in the region.

Reaffirming Oman’s support for Iran in carrying out the Hormuz peace initiative, bin Alawi said Americans do not know how to escape from the morass of problems.