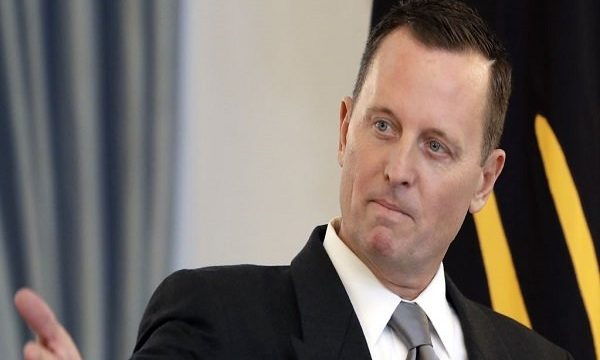 Press TV – US ambassador to Germany Richard Grenell has intensified his anti-Iran rhetoric by slamming six European countries for their decision to join a financial mechanism meant to circumvent American sanctions on Tehran.

Grenell took to the Twitter in Friday to bash Norwegian ambassador to Iran Lars Nordrum for an announcement that his country and five other European nations were becoming shareholders of the Instrument in Support of Trade Exchanges (INSTEX).

Grenell said the announcement by Belgium, Denmark, Finland, the Netherlands, Norway and Sweden about joining the mechanism had come at a “terrible” time and after several days of riots in Iran over a government decision to increase the price of gasoline.

He said in a later tweet on Saturday that all those people and governments joining INSTEX or helping Iran through the mechanism should be blacklisted by the US.

France, Germany and the United Kingdom launched INSTEX in January 2019 as they sought to facilitate trade with Iran after the United States unilaterally withdrew from an international agreement on Iran’s nuclear program.

Grenell’s comments come despite repeated assertions by Iran that INSTEX has failed to enable Iran to benefit from the economic advantages of its 2015 nuclear agreement with global powers, known as the JCPOA.

Tehran has already begun to reduce its commitments under the JCPOA to force other parties to abide by the terms of the deal and to try to protect it from the American sanctions.

The six European countries said in their joint statement on Friday that their decision to join INSTEX was in line with “the continuous European support” for the JCPOA.

Grenell’s anti-Iran statements took to the headlines earlier this month when he said in a tweet that the US would find a way to prevent Iran from imposing a total internet blackout at the time of riots like the one that came during fuel-related protests in the country.