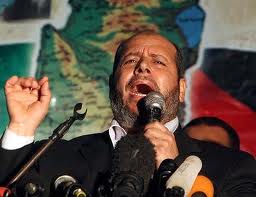 MNA – A member of Hamas’ political bureau Khalil al-Hayya said that during its ten years of support for Hamas, Iran has not had any political demands from the Palestinian organization.

“Hamas is proud of its ties with Qatar, Egypt, Iran and Turkey and all the supports of the Palestine,” al-Hayya said.

Noting that the made suppositions about having ceasefire with the Israel regime are not based on reality, he said “the resistance movement of the Palestine can not believe in Israel for making its commitments but Hamas seeks exchanging prisoners with Israelis.”

In early August, a Hamas leader in Lebanon Osama Hamdan said that the movement’s relations with Tehran have entered a new path.

He made the remarks in a meeting with Hussein Sheikholeslam, former adviser the Iranian Foreign Minister, in Beirut.

Hamdan noted that efforts made in the framework of the so-called ‘Deal of the Century’ are doomed to failure. Threats against Resistance forces will not yield any result and the history of the last three decades show that achieved victories are results of resistance.